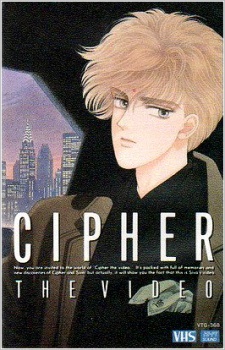 "Story/Characters"  There is... The synopsis is massively wrong.There is not plot. The first 5 minutes are a music video for New York City. There is a trailer for a movie called Winning Tough which is something the main character is in, as some nerd playing football and getting his glasses knocked off a lot. Then an interview and maybe a bit of his past with his mother, brother, maybe some incest and all to the tune of a film noir 80s vibe. There's even a commercial for the Michellin Man and Pilsbury Dough Boy for a cake. It's not even a conventional interview thing. There is no story. No characters. Nothing.

Sound: I honestly don't know what to give this. On one hand, the soundtrack is absolutely unbelievably amazing and one of the best I've heard; Phil Colins and Footloose theme playing, massively 80s song that were all on the Top 40 list at sometime or another. Like it was seriously good. Crazy good, like this was a music video series interspaced with interviews and some footage for a movie.

But the voice work, that was amazingly shitty, like seriously amazing bad. It is legitimately one of the worst dubs I have ever heard, and I've heard GARZEY'S WING WHICH IS STILL HIGH QUALITY FOR HOW LOUD PEOPLE TALK AND HOW THEY AREN'T DROWNED OUT BY MUSIC LIKE THEY DO FOR THE ALL AMERICAN CHAMP IN SOME OF HIS SCENES.

But seriously, the dub is shit.

Animation: It's animated, but the sync work is absolute fucking shit. I do kinda like the style and it does have that 80s vibe while looking competently 80s but as it went on, it somehow got sloppy, which is expected because the budget went to licensing the sweet soundtrack. But is good when compared to the story, characters, voice work, direction, anything but the music. And that's just the style. The art style also reminds me of some yaoi or shounen-ai.

Overall: This was unbelievably shitty. The synopsis does not prepare you for the fuckery that is on display. It's a mess through and through and the last 10-14 minutes or so are a live-action sequence of making it, taking trips to New York and while interesting, is actually more interesting. But it's painful in a way, not as existentially depressing as Kennel Tokorozawa but still somewhat intresting.