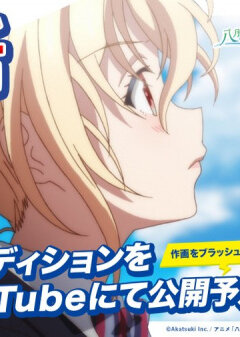 237 users are tracking this. Log in to see stats.

When I watched the twelve episodes of Cinderella Nine, I was impressed how the series wound itself up in the last two episodes.  The theme of playing and excelling at baseball out of sheer love of the sport was established, and it was apparent that with a renewed interest in the girls' baseball program at Sato High, full closure was achieved. That was 2019, when Cinderella Nine advanced the 2016 video game beyond the bounds of manga and light novel (2017) into the media called anime.  Then came the OVA, Episode 13: The Story Continues (2021).  OVA?  Special?  Pilot?  A new direction for an old plotline?  Perhaps this is what TMS Entertainment had in mind:  Cinderella Nine: The Second Season (of baseball at Sato High, though a second season of the anime is not unreasonable). Cinderella Nine worked through the interrelationships of eleven diverse girls of definite different levels of baseball skill/talent.  Perhaps this would be the new direction, an exploration of skill vs. talent and how it affects the development of the girl baseballer and the team that uses them.  This would be seen in the new characters.  Yuzu Takanashi fell in love with baseball when very young; sad, as it seems baseball never fell in love with Yuzu.  Struggling with her game in middle school (the typical 'please, don't hit it to me' version of shortstop), Yuzu is ready to quit, until she learns about Sato High.  Runa Kusari is at the other end of the skill spectrum, an undoubtedly talented player who can hit and field masterfully.  She wishes to join the same high school her equally talented sister attends, the very one which had defeated Sato High in tournament play, but sister doesn't want Runa to be in her shadow.  Maybe, Sato High with its inferior facilities could be the right school.  Sora Agatsuma and Chiyo Sakurada are a pitcher/catcher team who believes they are God's gift to baseball and sure-bet all-star players wherever they play, like Sato High.  Lihua Lin has been working out with Sato High.  While she needs to work on her physical strength, she believes a scientific approach to baseball will help her.  And Maria Hase ... remember her?  The bespectacled librarian who was always watching the team practice and play in the 12-episode season?  She's on the team, the poster girl for all who never thought they could play team baseball, clumsily gaining the confidence to play at the next level (should it be L2 or L20 … you get there when you get there should you get there). The special uses the animation technique and music from the first season, with the quiet promise that it will all change up for the next go-around.  For, let's face it, the special is a proposal.  Let Cinderella Nine take the field with new faces and personas.  Keep Tsubasa et. al. to set the background for the new generation of girls who love baseball or are trying to recapture that love.  It's a sound premise. Let's see.  Cinderella Nine in 2019, the OVA in 2021.  If there is any action on the girl baseball front, it should be coming in the next year.  Maybe yes, maybe no.  But for a simple lesson on the love of the game and the honesty of the individual cutting through the phoniness of the 'star player,' I place my hopes on 'yes.' 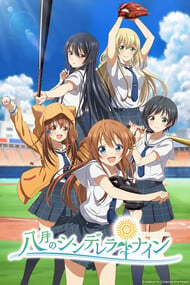