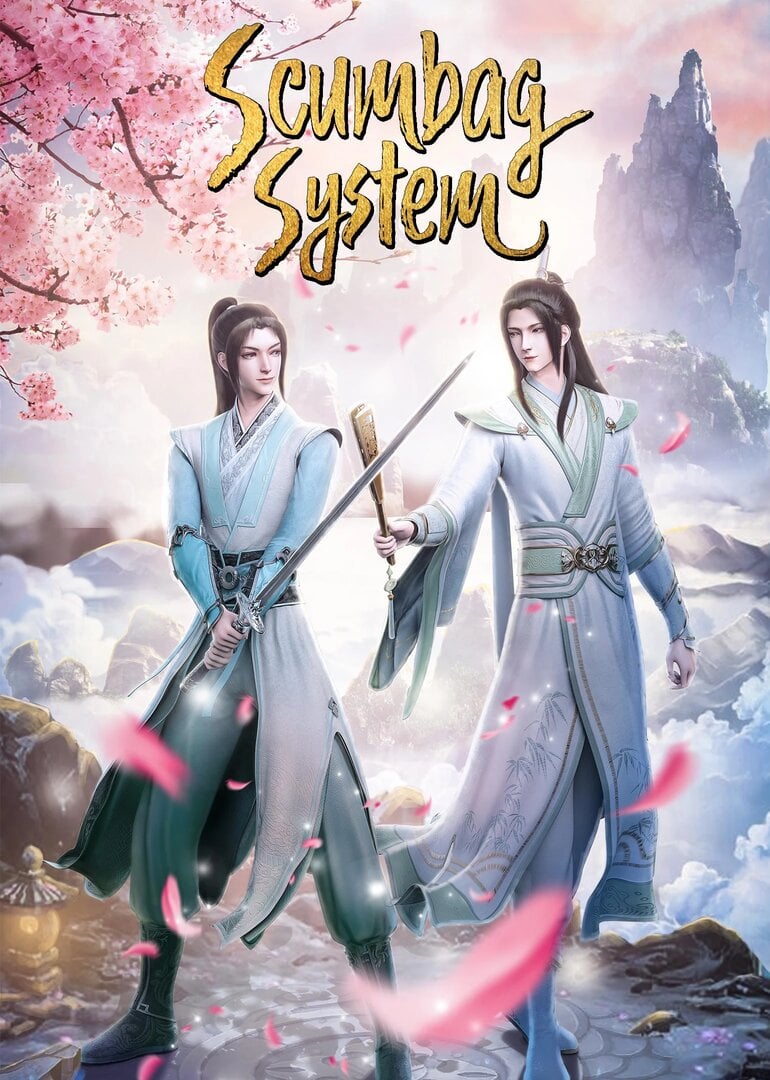 The story is very interesting to begin with. It's about a boy named Shen Yuan who dies and wakes up in Shen Qingqiu's body, who is the villain of a story he loves to hate. He knows what happens to the main villain. But he doesn't want to die, or at least he wants to die less painfully. So he starts acting more like a teacher and less like an asshole to the main protagoinst of the story, Luo Binghe. And thus, their relationship blooms. Their relationship flow and development is very interesting and fun to watch. Luo Binghe in the donghua is soooo cute. The cutest baby. And Shen Yuan is a great character, he's funny, sarcastic, incredibly clever and so pleasing to look at. Which brings us to the animation style.

The animation truly sucks. I'm sorry for being blunt but it's the truth. It made me cringe like thousands of times while watching. Not a big fan of gore but they excluded lots of bloody scenes from the book, which I think is a shame. The only thing I can praise is probably Shen Qingqiu's design. He's just. So pretty? Did they spend their whole budget on him? I wouldn't be surprised if that's the case.

The opening song is awesome too. The only thing I'm going to complain about is Shen Qingqiu's voice. VA's voice was a bit older for Shen Qingqiu's appearance, so I didn't give it 10 points.

It's a good donghua overall (a very good donghua, even, if you don't care about the quality of the animation). I totally recommend the novel too.

Anyway, this series is based on a Chinese web novel. The creator of the series is Mò Xiāng Tóngxiù who also created Mo Dao Zu Shi and Tian Guan Ci Fu. All three series are BL web novels. Boys Love. Shounen-ai. Yaoi. Yeah... Things to know about donghua (Chinese animation) though is it's definitely going to gloss over that as China doesn't put anything 'homosexual' in their media. Bromance is probably all we'll get, but I'm curious how they're going to portray that for this particular series later on in the series because Bing-he is obsessed with his shizun Qingqiu. OBSESSED! I mean, there was this one part in the novel where Qingqiu (who is super dense) thinks Bing-he is asexual because he hasn't built the harem that he did in the novel he read before he isekai-ed into the series so maybe they'll play him as asexual with bromantic feelings for Qingqiu I don't know lol. 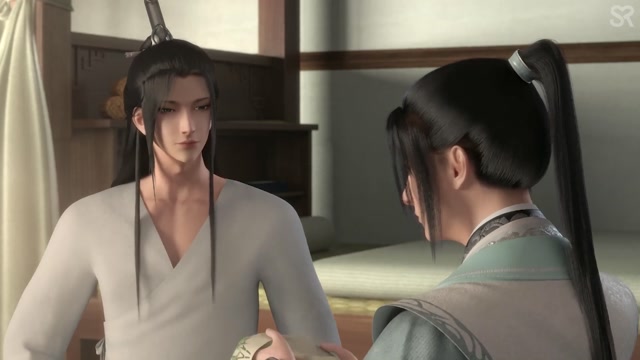 So yeah, the MC is Qingqiu who was isekai-ed into the web novel series he was reading after choking on what looked like a Chinese dumpling while he was angrily complaining and debating flaws of the series to other readers online. The main issue with being isekai-ed into Shen Qingqiu is that he was one of the main villains of the series and has a rather brutal end. Major draw back about trying to change things? The system is absolute scum and won't let him change certain plot points with the threat of taking a huge amount of points away which in turn would send him back to his original world. Where he's dead. So his choices are pretty shitty and he gets backed into multiple corners trying to build a good relationship with the hero of the novel world Lu Bing-he even knowing his character has essentially taken pleasure in tormenting the teen and knowing that he's still going to be forced to betray Bing-he by shoving him into hell because the scum system won't allow him to avoid it.

The characters, as I stated already, are very pretty. Above is Shen Qingqui (the older one that show the lily pads after) and Lu Bing-he (the younger one). I enjoyed staring at them! x'D

Also, it bears mentioning that the OST is beautiful. Honestly, I tend to have high expectations now for the OST in donghua now because they seem to always be perfect or nigh on perfection.

Anyway, if you're not a fan of bl or yaoi it's still fine to watch this series as it's not going to show the BL due to Chinese media censorship. If you are a fan of BL or yaoi then go read the web novel after watching the series. It's only 98 chapters (with the extras).

Actually a pretty decent series. Got kinda hooked after a few episodes and watched the entire way though. Shame that the second season may not come out and they left on a cliff hanger (WORLDS SHITTIEST AND SADDEST ENDING WITH NOT EVEN A DEFINITE SECOND SEASON) but I guess thats why theres a manga and novel.. which I now find myself reading :)

http://bcnovels.com/the-scum-villains-self-saving-system/ if u wanna read novel

Really good series and I do recommend to any one whose thinking about it. Only takes a couple hours to get through, so watching could kill some time if u need to as well. But either way enjoyed alot and Im going to hope a second season will come out soon! Want to see some more character development between luo bing he and shen qing qui.. Im enjoying it.

This is very different from what ive watched so far. its like watching a game inside of a game because of how stunning and fluid the CG animation is and the way some things in the show are. The animation reminds me of the newer Final Fantasy games animations but upgraded and more fluid, very good quality. I couldn't get over how stunning alot of the characters and backgrounds are. The combat is also very well done, flashy and interesting without looking weird, being boring or stiff. the story is also very interesting and engaging, i was literally checking to see if a new episode came out everyday because of how hooked i was on it. cant wait for the sequal!