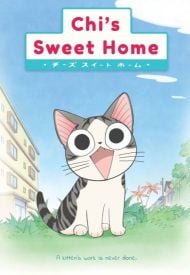 One day, a young kitten was on a walk with her mother and siblings; but soon she became separated from her kin. Struggling to find her way home, the kitten soon ran into a young boy named Yohei and his mother; and out of pity, the duo takes the kitten home with them. Unfortunately they discover that they are unable to keep pets in their home, and thus begin a quest to find her a new place to live. From playing with shoelaces to being washed, the cute kitten named Chi will have fun and get to know her new family – though all she really wants is to make it home to her feline mother.

ART & SOUND SECTION: 7/10 [What’s this? It’s a game; it’s a game!] Very simplistic in both sections. The animators didn’t bother much with it and frankly didn’t need to. The focus is the jokes and the moody kitten and anything else is just dressing. So, everything in the series is a very simple drawing, with almost antithetic placket colors that don’t have much variety or detail. Plus, the sound department is just simple music pieces and simple dialogues. What make them really impressive are the expressions and the body language everyone has. Chi for example, really acts and talks like a real kitten most of the time. She only cares about herself, and reacts to everything as if they are either a toy or an enemy. The people in the series act as normal, everyday citizens do, so their differences are huge. Both her reactions and those of her human caretakers are making even the simplest everyday chore to appear hard and funny. Even how everyone talks is do darn funny! Since Chi does not speak or understand the human language, everything she thinks usually has nothing to do with what the humans tell her or expect from her. So even the most mundane dialogue leads to a funny misunderstandment. In a few words, although animation and sound appear totally simple at first sight, in reality they pack a lot of context that really matters to pay attention to. And as I said, it is very funny if you love cats or know how those whiny critters react to something, such as water or hot food or sudden sounds and movements. STORY SECTION: 3/10 [I peed properly!] There is not much of a story in general. It is just slice-of-life, everyday situations with a kitten being the epicenter of all. Every episode lasts for only 3 minutes, so most stories are divided in three to four episodes of events that if I describe to you may feel totally boring. Yet, the story has a somewhat development, as a problem Chi overcomes never bothers her in the future and almost knows how to react to it thereafter. It even has a somewhat logical learning curve or natural development, as more or less these are the issues anyone owning a cat has to go through in the same order. So, at first it’s about Chi accepting to live in a house, then learning to pee in a sandbox, then dealing with the habit to scratch things, then getting to a vet, then dealing with her fur falling all over the place and so on. The ending is not really and ending and she doesn’t seem to grow any bigger at all. Yet, it’s one of those stories where the ending does not matter and you can always expect a sequel or something. CHARACTER SECTION: 7/10 [I am not a cat. I am Chi!] Just like the animation and the sound, the cast is simple but likable. The kitten is of course the main character and everyone else seems to exist just to deal with her. Yet, they all do their part without ever becoming unnecessary. If the father or the mother or the boy or the black cat or the landlord were to be taken out, a great deal of pleasure would depart as well. Each one of them offers something different to the story, so there are effectively no stunts present. None has an imposing presence or matures in something; yet they are all there for a reason. Although Chi is a remarkably simple yet wonderful character, she would be just a boring cat without the humans to cause trouble to. VALUE SECTION: 4/10 [Make it move again!] Most episodes can easily be skipped in a second viewing. Yet the events occuring in the series are easily memorable and will remain in your minds for good. ENJOYMENT SECTION: 8/10 [Wanna play?] The pace is generally very fast and does seem ironically realistic if you know of cats. Besides a dozen episodes where nothing much happens, it is a generally very entertaining series for the entire family. It is definitely not boring. Even action lovers will find it at least cute. VERDICT: 6/10 Oh, such a cute kitten! How can such a fluffy little thing not be likable to someone? SUGGESTION LIST PotemayoAzumanga Daio

Chi's sweet home, adapted from the manga of the same name, is an atypic anime. It comes in a atypic presentation of 104 episodes of less than 3 minutes each. So everything runs fast. It is also difficult to review. The story here is quite simple. A lost kitten, Chi, is found and taken to live with the Yamada's who happen to live in a building that doesn't tolerate pets. Yup, that's a resume of the entire story. The viewer follow the little life of Chi who slowly become part of the Yamada's family. What the anime excels to the simplicity and humblety of the portrayed life of these beings. It is a calm atmosphere were simple things become amazing in the eyes of this little kitten from discovering the pending lace of Father's shoes, to being petted by Mother, or playing hide-and-seek with Youhei. Everything becomes a playground to discover new things. And then again, everything told with simplicity and though making this series so charming. everyone who have or had a cat can relate to the Yamada's. The animation is quite simple. It just does not look like a Madhouse production. But the simple and easy childish look is just perfect and respect the original manga visual. So I guess the intention point is respected but as a 2008 show it doesn't look as good as other productions. The sound is simple. Chi's sweet home is not a series to enjoy for it's sound, honestly. It excels at other things but the sound is not important here. Simple voice acting and simple music. Then again, I forgive it for the lack of soundtrack because the series focusing on warmth, cuteness and again simplicity that it does so well. No real opening here.Nor ending. The series truly shine in the characters presentation and developpement. The viewer get to know the kitten owners as the time than her. Their portayal, in my opinion, is brilliant.Extremely simple, but hey, you see it through the eyes of this playful adorable kitten. So it ought to be simplistic. Father Yamada is the one who wants to please this baby of a kitten (sadly he is the one who often gets rejected by her). Mother Yamada is the mother figure; she scolds the kitten when she does not behave, she feeds her and also loves to pet her. Youhei, the young son, is definetely Chi's favorite. he just loves to play with her and so does Chi as she considers him as her playing mate. Just a brilliant representation of what a cat is for his owner. And why people love cats so much. Chi ( and the same time the viewer) get to know Blackie, a bear-cat in the neighborhood who acts as her teacher. The star of the show is whithout a doubt the little Chi. She is a hell of a cat. She acts like a little baby discovering the world around her. She is so adorable, top to bottom. Her facial expressions, her simple minded ''idiocy'', her cheerfullness and her egoistic side makes her a delight to watch. Overall, this series is made for cat's lovers and those who loves simple cuteness. You'll often finds yourself purring of hapiness as I did. Just keep in mind that it is childish, so if you don't like that genre you'll find hard to sit through those 104 episodes however short they may be. If the first season is not enough for you, there is a second season available. As I highly enjoyed the first season, I will gladly watch the second season and review it. Hoping it will be as good as the first one. This series is perfect to pass a good moment and definetely makes a day. Note: I will try to get those mangas I was talking about earlier, but the price is...effaring. Score: 3.5/5. A good score for an atypic slice-of-life series. I highly enjoyed it. Next! Ah! My Goddess and my actual review of Chobits 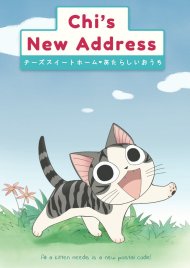 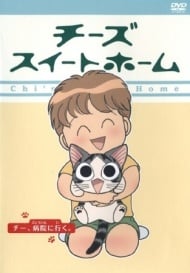 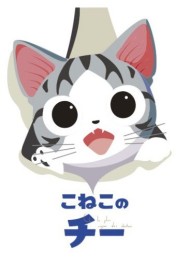 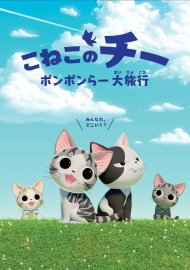 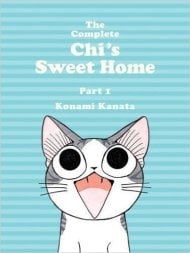 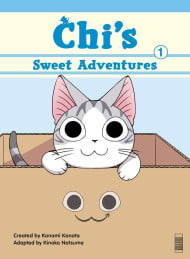