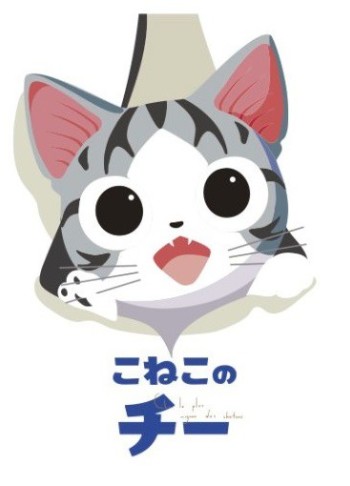 Loved the stories of Chii and her family and are looking for more? Try Poyoyo! It is also short-form anime about a cat who was adopted into a loving family. Each episode follows either Poyopoyo the cat or it's family as they deal with kitty mischief. While Poyppoyo isn't quite as cute as Chii, I think if you enjoyed one, you'd enjoy the other.

These anime kitty shorts perfectly compliment each other. One features the adventures of a sweet, cuddly adult cat and the farming family who makes him part of their household, the other shows the world through the eyes of a wide-eyed kitten and the young family who adopts her. Can't recommend them enough to other cat lovers like myself.

Like Chi's Sweet Adventure, Bananya is an overly-cute short show featuring cats (well, cats in bananas to be precise) fooling around. Bananya might be sillier than Chi’s Sweet Adventure but if you’re in need of some diabetes-inducing cuteness give it a go!

The manga centers on a woman who is getting on in years, but all her cats think she's a man so they call her Ojii-chan. One day a brazen cat named Tsushima appears in Ojii-chan's yard.