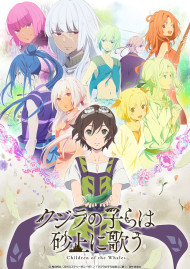 *spoiler free review* A gold-plated turd Well, shit. All this anime airin fall 2017 and I really had my expectations turned upside down on what would suck and what wouldn't- I really expected this to be an absolute masterpiece, and I expected Houseki no Kuni to fail. BOY WAS I EVER WRONG. And I'm a glass-half-full-humans-are-generally-good-save-the-world-not-before-marriage-gun-rights-optimist over here so I held judgement for a long time for this one but... holy shit does it absolutely fucking take the train directly into hell. And it hopes we don't notice, too. That's the scary thing, an anime that wants so bad to decieve you that it's good, I think i might be losing my vigilance. Anyways here's my review for all the good it will do: I'll start with the bad stuff because it's just so much more prominent than the good. Children of the Whales is an "epic fantasy" about some children on a thing they call a mud whale, although it's really just a floating rock in a desert of quick-sand. as per my style I explain it horribly but it sounds really cool in reality and that's not all that makes the world worth exploring- these "whales" appear to have so much mysticism and mystery to them, like what makes them tick, what goes on with the people living on them, are there more of them at all, ect. Now do they explore all those things? .... yeh technically I guess but it sucks the way they do it. What do I mean? Well for starters there's the story and it turns to ass the second it gets off the ground. In fact it doesn't get off the ground. It just slushes around and drowns really quickly in a pile of its own BS. Thing is good at first though. First two episodes are full of atmosphere, hope, world building, and setup for what could be a great story. Then they suddenly pull every bad trope in the book out and slap you with it from episode 3 on- monologues, people who have no common sense, crying, melodrama, the whole shebang all while making you respect the writing less and less, and remember that bottle of bleach on your shelf more and more. It takes all the wrong story directions it can; setting up backstories at innapropriate times, having people acting like robots, and the worst offender: emotional blackmail when it can't even do its job. It's just bad. The characters in this children of the wails shit are the worst part by far. The main character has no personality except for "i'm a kid and am important", there are the meaningless side characters and incompetent "authority" figures, and then of course the big kahuna, the character this community has lovingly dubbed Jaden "pinkie" Smith "bad writing turns me on!" the rest aren't even worth talking about, a few cool ones with limited to no potential used like black haired sword guy, his friend, the girl, the girl who ends up not evil, ect. There are also a lot of character deaths you can't care about because the characters themselves sucked and it just becomes an utter dump of development that goes nowhere. And now, for the moment you've all been waiting for: where a 3/10 review meets a 10/10 review. The ANIMATION. OH MY GOD IT'S SO GODDAMN BEAUTIFUL The artstyle is perfect and goes absolutely great with the animation styles and world, and it fits the character designs so well and just makes everything pop with color. Some sequences were so brilliantly done my jaw dropped, they were so creatively directed and produced with a lot of love and I could feel that in every frame. The almost pastel shades and textures went great with the backgrounds and provoked just the feeling they were going for. The fight scenes, if better written, would have been beautifully choreographed just with the storyboarding and angles alone. Sound direction improves on it more, going terrifically with a few of those sequences and some of the singing just improves the tone so much. I haven't seen a more harmonious meeting of animation and sound since made in abyss, heck, this might be even better. Now why in the everliving gods of all that is unfair Were those brilliant animation and sound in this piece of crap narrative. Give it back. Overall it's worth watching a few clips on youtube to see the fantastic music and animation at work, but do yourself a favor and don't watch the show just for that. It's worth it for me but it probably won't be for most people.

The biggest disappointment for me of this season. Children of the Whales very demonstratively show how to simply ruin a a story with an unusual premise. The mysterious world, the inhabitants of a lost vessel who possess unnatural powers and can manipulate with objects through spells that picks their tax on them, a plethora of unanswered and inquisitive questions; all in all it is a topic that would always get my consenting signature. This enthusiasm is also supported by a very unusual, perfectly romantic-oily drawing of scenic backgrounds and the characters are also portrayed as sympathetic and giving out a welcoming aura around them. The first 2 episodes attract viewers as a lollipop a wasp, however it all falls down and the Mud Whale receives a clean hit by from the 3rd episode, from which it does not recover until the sad and unevenetful end. Contemptuality of the director and of the scenario the story steers the boat to the shores of absurdism and the characters reveal its total flatness during horrid and empty dialogues. The show is mostly trying to creat artificially a sense of deep melodrama and almost childishly and naively proactively forces viewers' tears that have no chance to come thanks to the terrible protagonists who are hollow as an Antarctic motorway. The story is blatantly illogical and protects the senseless acts of the characters from the unfortunate fate or, on the contrary, makes such a fate so that it can be honored by a wierdly missplaced, but otherwise quite nice song. The elements of religion and the glorification of death left me in disbelief, drowning my face in my palms and I just prayed for the suffering to end as soon as possible. At least that's the story for me because they will not get me on the 2rd series by any means. Thus, ladies and gentlemen, in live transmission, we can observe a complete miss of inital potential and a sad throwout of an otherwise beautiful form on an senseless and harshly awful story. Happiness is far away and I would recommend you to keep distance from this show. 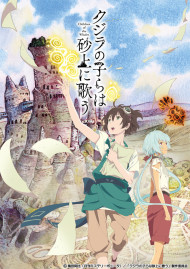 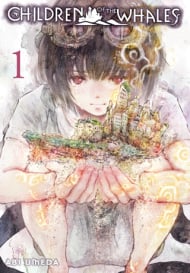