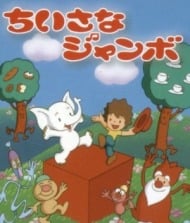 Somewhere deep in the ocean is Beautiful Island, a place unknown to any map. Filled with a bounty of food, joyous creatures and a kind ruler named The King, Beautiful Island is a paradise for all who visit it. One day, Baloo the elephant trainer and his companion Jumbo wash ashore in a giant red box, and quickly make friends with the island’s inhabitants. However, soon a violent encounter will threaten everyone and everything...

576 users are tracking this. Log in to see stats.

Verdict: Definitely watch it, if you like either musicals and Silver-age Disney animations or experimential story telling. If you hate either then you'll still be able to enjoy it as an anti-war-piece. Story: The story is an anti-war fable. Elefant-trainer-boy Baloo and elefant Jumbo are getting washed ashore on a peaceful island (Their food literally grows on trees and shit) and they entertain the king and the things that live there. But all changed when the fire nat.. when war breaks out between two other nations, but they are literally between the rocket slinging nations. The story explores how war affects everyone, be it by being hit by a rocket or impoverishment or famine. It's still very family-friendly, so its toned down a notch, but if I were considerably younger it would definitely have made it clear to me that war is kinda bad for everyone and senseless. Animation/Design: Nice, colorful design with an eye for details. The animation is smooth and very Disney-esque. It follows all the principles that Disney defined and that were in that form used from 1910-1975. They also used the design and animation to emphazise the dread of war quite nicely.  It's also very nice to see when animators keep an eye on small details, like an extra movement or change in the face to make the characters more fleshed out. Sound/Voices/Music: All dialogue, with a few exceptions, is delivered singing. The singer are very fitting, the sound effects are good, but could also be better. It shines with the music. For example the 'character song' for Baloo gets used twice. Once, during the cheery peace time, delivered in a happy, cheerful way. The next time the singer is crying while singing and it breaks off. Very good and creative way to make your point. Characters: It's only 28 minutes, but the use of music allows for a quick and more detailed introduction for your characters. The king is the stereotypical kind of king who is found in picture books for kids. Caring, a bit clumsy and so on. Baloo is a gentle boy, who treats his elefant as his best friend. He likes to bring fun to others with his performances. Surprisingly, Jumbo doesn't get anthropomorphized. He is playful, like a little child, but not sentient in a way you've grown to expect from animals in such movies. Their relationship is relatable, actually. Like a loving owner and a playful, loyal pet. All in all very good characterization for a short-movie. Overall: It's fun, and I liked the message of the movie. It feels very 70s anti-war movement. A bit flowerpower-like. I enjoyed it quite a bit, because I also like musicals, but I understand it's not for everyone because of its simplicity.