Chidori RSC: Nationals Are Right Before Us - Reviews 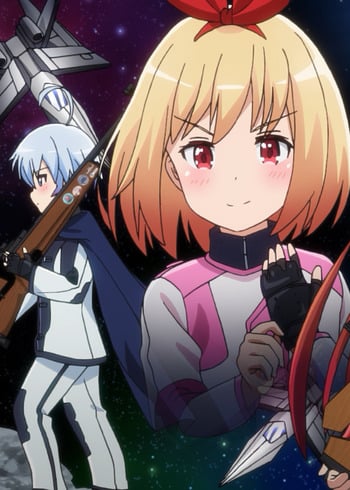 This anime made an admirable attempt at spicing up a typical recap episode.

A quick introduction to the characters, their objective, and their goal is provided.

The timing is quick and efficient moving from a struggling club, suspended club, recruiting members, and acquiring an advisor. Their progression towards Nationals may have been bumpy but they’re still on the journey. This rifle shooting club is suiting up, taking aim, and double checking their trajectory.

The character commentary lets those unfamiliar with the sport learn the parameters, rules and regulations of the sport. They also don't fail to drop some Japanese gun law info.

There are some less enjoyable things though:

If you're invested in these characters it's not a bad way to spend 25 minutes. But if you were looking for an intro this isn't for you.
This reviewer recommends watching the series or just watching the first 10 minutes of this complementary commentary recap.