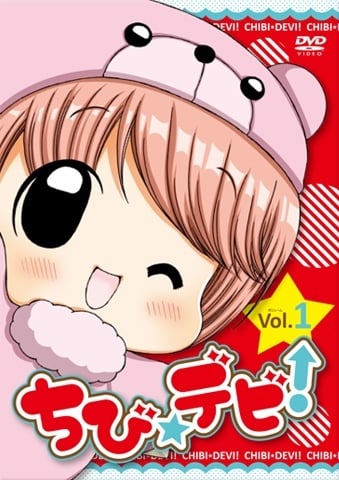 By the gods this is one of the cutest things I have ever seen. Just wow like just cute overload and it’s not just the babies every character in this anime is cute in one way or another. If you like cute things watch this anime I swear it is adorable.

The story CUTE!! Just like everything in this series but still manages to make me feel for the characters with its little dramas in each 5 minute episode. The story flows really well too, each episode picks up exactly where the last one left off. Which is in my opinion very compelling. Another thing that’s great about this series is that because the episodes are short catching up is very easy and can be done in a day easily.

The animation is say it with me CUTE!! That’s it that is all it needs.

The sound I don’t really know because I was distracted by the CUTE!! But what I picked up through the cute was cute sounds.

My favorite part of this show. Every character is cute in one way or another and they are definitely what makes this show so awesome. I’m not going to describe them but I will say some of the characters don’t seem cute at first but believe me they are.

Overall watch it if you are a fan of cute things or babies or budding romance or parenthood then watch it. Just do it as soon as possible

I can’t believe I wrote this nonsense the show is good and yes it is cute but that’s not all it needs to be worth watching. My opinion has not changed the show is worth watching if you like cutesy anime with a slow romance and a sprinkle of drama. However this review mentions nothing of the more interesting points of the show. I am not going to fix this review because unlike when I first wrote this the show has hundreds of episodes and I don’t feel like sitting through it. I apologize to anyone who read this and may have taken it seriously.

Chibi Devi! is a really cutesy anime that isn't very serious or "plot-centered" at all. (What'd you expect from an anime with episodes that are 5 minutes long?) Sometimes, the episodes focus on Honoka and Shin's relationship or "Oh, no, my aunt is going to find out I have a devil baby in the house!" type things, but mainly it's just the devil babies having fun, or not having fun at all, at the daycare. At first, it has a focal point of Honoka trying to figure out how to take care of Mao, the devil baby, and trying to keep it a secret from her aunt that shows up every once in a while. Later in the show, Honoka struggles with her feelings for Shin, but it's a very short-lived aspect that isn't really mentioned much. I'm assuming because this is supposed to be a very light-hearted anime and focusing on relationship drama would just be too much for it. Other than that, every episode is a new thing unless some kind of "drama" shows up and is only a problem for three episodes max.

The mini-plots are interesting in each anime and you can really relate Mao to a real baby throughout them. Yet two things I found weird are that Mao and his friends just started speaking full sentences in about two episodes, which was really strange. In another episode, the foster mothers let their devil babies go to the super market by themselves.....Do children not get abducted or something? Then again, they are devils, but still.

I believe this anime is supposed to be very comedic and not serious at all, so I didn't tear it up on the story aspect.

The anime is really cute and suits the light-hearted story very well.

The music and sound affects and voice acting is as mentioned, cute and suiting. The sound affects aren't wonky and placed nicely. Sometimes, though, the babies make the weirdest noises.

I like the characters. Everyone is very cute. Yet, Rai is very...considerate for a baby (yet sometimes he pulls pranks and makes a weird face and a "Ho, ho, ho" laugh....) , and Karin is a spoiled brat. She's kind of aggravating sometimes. The mamas of the devils are typical teenagers. They are still very cute though.

It's a really good anime and great if you just want something to do. Or if you're really into cute and comedic anime. If you do not like cute, non-serious, "every episode is a different mini-plot" type anime, this one isn't for you.