718 users are tracking this. Log in to see stats. 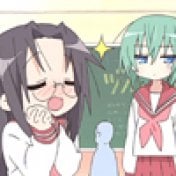 A young girl, Kanoko, lives with two guys, Yuzuru and Yuuki. And... that's really it. The anime is only 10 minutes long and the episode is one little plotline of panty stealing... you know it's an 80s to early 90s anime when panty theft is involved!Story - 4/10Maybe I'm judging to harshly. Cherry no Manma is only ten minutes long. Due to that fact, things such as plot suffer greatly. But perhaps this is part of it's charm. The story is a simple one. Kanoko lives with two guys Yuzuru and Yuuki. Yuzuru is the more mature, kind one. While Yuuki is the brash, perverted one. The story doesn't say why she lives with these two guys, doesn't say if they are all related... nor if her parents are still around or if she is even old enough to live on her own. It is just a random little story about a girl, two guys, and her underwear.Animation- 4/10Cherry no Manma was made in 1989. You can forgive the animation for not looking crisp like most of the things nowadays, but even so, it wasn't impressive. Nadia and Dragon Ball Z came out the same year and they both looked a lot better. But then again, those studios had a bigger budget I'm sure. But does that forgive it? I don't think so. For a ten minute anime, you think the animation could have been a tad better.Sound - 5/10Okay, I'm a sucker for the older anime music. And Cherry no Manma's music is pretty decent, nothing spectacular, but I love the feel of pre-00s anime music. As for voice acting... well, it wasn't the best, but it wasn't the worst either.Characters - 4/10There are only three characters here- Kanoko, the main female character who is either in school or lives on her own with two guys... I'm not sure. Yuki, the main male character who clashes with Kanoko, and Yuzuru the supporting male character- the voice of reason. Characters are pretty stereotypical here. Kanoko has that high pitched voice, overreacts to her underwear being misplaced, and has a scream that makes a guy black out. Yuki is stubborn and arrogant. He is the more laid back and childish of the two men. And Yuzuru... was just kind of there.Over all - 4/10Mediocre. Not terrible, but it wasn't good nor bad. But the whole OVA could have been avoided if the stupid girl would just thoroughly search for her underwear before pinning the blame on someone else. 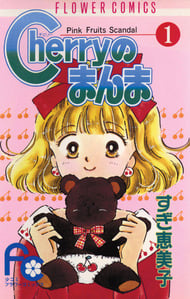