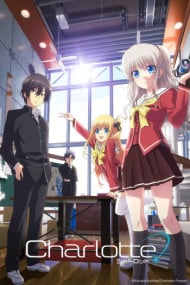 Very few adolescent boys and girls have an onset of special abilities. Yuu Otosaka is one such man who uses his ability unbeknownst to others in order to lead a satisfying school life. Then one day, a girl named Nao Tomori suddenly appears before him. Their encounter reveals the destiny for wielders of special abilities.

[[I watched 2 TED talks from 2 North Korean defectors/escapees before starting episode 2 so it might have made me feel more than normal?]] I started this anime after watching a snippet of episode 13 where the main character threatens an English speaker while reading off cue cards... I thought it was funny so I decided to watch, but I didn't expect to cry. Story - The main character figures out he has this weird power so he tries to benefit from it. His power is limited but useful anyways. As he tries to exploit his powers more, something happens! Anymore and it might be considered spoilers :P At first the story is pretty light hearted. There's always some silly joke in every episode which I personally liked. The jokes are comic relief but I would describe it more like: They made jokes to pad you up before they hit you with feels. And they keep padding you up to keep hitting you with more feels. Lots of things have to happen if it's a story about super powers. Like consequences. These consequences forshadow more future grim events. As things turn out to be more intense, I kept watching the anime for its happy conclusion. [[Maybe it's cuz I watched those TED talks, but I became desperate for every tragedy to be "fixed".]] Animation - I don't know much about animation but ts was good enough that I have no compaints. Sound - There were some moments when I thought the sound could be better, but don't remember. Music was good, but didn't really catch my attention. Characters - The main character is your regular human being who is selfish and cunning. His selfishness is very real. He uses his powers for his own gain. This can make him unlikeable at first. But his caring attitude towards his sister is his best trait! When he goes through difficult times his actions are all based off basic human selfish desires. He is pretty much very human in any situation. So if we were in his shoes I'm sure most people would do what he would do. Just think about it, he was rarely given lots of time to think in critical situations. He was just forced to act on instinct. So I don't find him unlikeable, cuz he's already a good brother. Oh, and I liked how his eyes glowed. XD Overall - It was a great anime because I cried. Anything worth crying over is good. Something that I liked about this anime was that they did well in changing the ending song and animation to set and keep the mood when the episode was over.  =============== Spoilers below: The ending was satisfying. I don't think there are (m)any other better ways to really end the anime. I wanted a happy ending and I got what I wanted. His memory loss is kinda sad, but it's probably for the better that he lost them. After all he went through, would you want someone you loved to be tortured by all the tragedies inflicted on him and remembering tragedies inflicted on others(from around the world) for the rest of his life? Don't you want to let him have some peace of mind like he deserves? [[Okay, it's probably the TED talk influence, but if tragedies could be forgotten by sufferers, I'm sure many would like to forget.]] And like I mentioned before, he's human. We can only handle so much suffering before we break down. We can try fixing the broken, but how many times can you break a person until you can't fix them anymore? 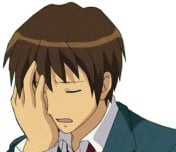 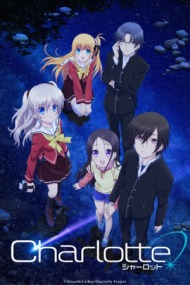 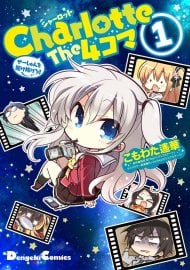 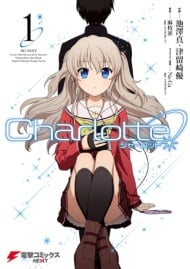