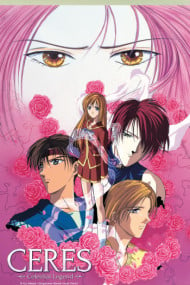 The Day the Moon and the Sixteen Stars Align

The One Who Descended to Earth

I have been watching a lot of anime with promising starts lately and this one is no exception. However it never quite reached the great heights of Escaflowne or even Sailor Moon in portraying star crossed lovers. Too much melodrama and side stories that go nowhere got in the way for that. As it is though it is still a very enjoyable ride with aspects to do pay off in the end.  The animation for this series was nothing spectacular. The character design was on the attractive side of average with the boys the perfect definition of bishounen and the girls fairly sucessful too. The problem I had was that the designs were very similar, there were barely any variation in hair type and colour within the main cast and some minor characters. As a result no one really stood out from the pack. The backgrounds were good too, with the cityscapes reminiscent of City Hunter with of course, more refined detail. What makes this series good in terms of animation is mostly the really beautiful beach sceneries and the application in making them almost an ethereality with the contrast in mood. The other aspect I enjoyed was the fight scenes. They are choreographed beautifully and never drag on too long. The characters come alive very successfully on that front. The sound for this series is mostly successful. The intro and outros were great songs and conveyed both the romance and the action of the show very well. Some of the background tunes were also very beautiful and successful but others were average and cliched sound effects. The voice acting is mostly a success here with the seiyuu for Aya the stand out performer. She portrayed Aya's range of emotions very subtly. Ceres was also very well executed and the Mikage voice actor was also very good. Then you get the ones between good and average and they would be Yuhi and Mrs.Q with enough range to portray the characters but nothing really out of the ordinary. The ones I did not like were Chidori and Touya's seiyuus. The seiyuu for Chidori was a bit too cutesy to get the real complexity of the character and the Touya seiyuu was overall a little too passive for me to connect with him. The story is a mix bag in the big scheme of things. It has a great start and real potential that surprisingly did not get fully explored. Instead a lot of side characters are brought in to advance the plot but instead they take away the time that was needed to develop the main cast to make them more believable. I recently viewed an interview with Yu Watase and she does reveal that they were planning on making the series longer than it is now but those plans got scrapped. This could be why a lot of these side stories go nowhere since they did not have the time to make them connect with the major plot. The ending is also a disappointment as it is very rushed and unconvincingly tries to please both fans of Touya/Aya and Yuhi/Aya with one last twist that just did not do the complexity of the characters justice. The characters range from very interesting to really forced in this show. Aya is definitely an interesting lead who with more screen time would have been a big success on the character front. She instead gets used as a "vessel" for Ceres who tends to play too much on the one dimensional front. Towards the end though, Ceres starts to come out as an interesting character too but the timeframe did not allow the character to be convincing overall. Touya was a bit of a disappointment. His role is played complaisantly most of the way through and comes to a satisfying conclusion. However they bring him back for one last hooray and the explanation for it seemed a little inconsistent with what else was happening in the story. Yuhi was an interesting choice for a possible love interest but he reaches background status as the story develops. The biggest surprise for me was Mikage. At first he seemed like your perfect crazy psychopath but as we got to the end, his backstory comes along and shows you just how human and flawed he really was. His love for Ceres was real even if jealousy and misunderstanding got in the way. Overall I think that the creators should have stuck to the main love story they were telling. With the inclusion of so many side stories that go nowhere by the time the series ended, it feels a bit disappointing. These side stories also create some inconsistencies and plot holes but they never truly take away so much from it all that you feel you have wasted your time. This is probably not a title I would revisit in its entirety anytime soon but I think it has merits. It was also enjoyable and entertaining, but it never quite got to the requited viewing status. I definitely feel that there is an audience out there for it though so if it sounds interesting to you, do give it a try it is worth it. 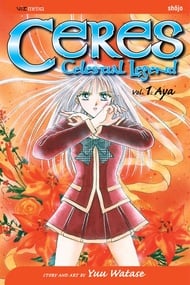