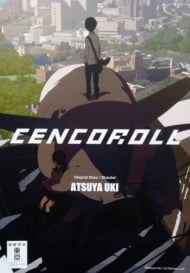 Rumors have it that a monster has appeared over the city, and Yuki would love to catch a glimpse! However, she soon discovers something even more fascinating: a boy named Tetsu not only knows of the monsters, he has a monster pet of his own named Cenco! Yuki is delighted to meet such a creature and tags along with Tetsu to find out more, but soon the two find themselves in the middle of a dangerous conflict with another monster that threatens them and bystanders alike!

Cencoroll Before watching Cencoroll it is important to keep in mind this 27 minute movie (based off a one short manga titled Amon Game) was written, directed, designed, and animated by one man- Atsuya Uki. Now, a 27 minutes anime leaves little room for plot and character development, but this does not take away from the overall enjoyment of the film. Story (7/10): When Yuki discovers one of her classmate, Tetsu, has been keeping a shape shifting monster, Cenco, as a pet she becomes instantly curious and begins to follow the two around. When another boy, Shu (who controls a monster like Cenco), shows up literally out of nowhere conflict ensues. As mentioned above, there is not much time for the plot to properly unfold and that is one of the few drawbacks of Cencoroll. The viewer is introduced to an extraordinary world but is not given enough time to truly get a taste of it, which can leave some unsatisfied. If surrealness is not your cup of tea then I cannot with a good conscious suggest Cencoroll to you. This anime is odd, but in the best possible way. Cencoroll is not one of those animes that tries too hard to be different, resulting in a total rejection of the show. You are always given a moment to take in what has occured and sort it out. The film gave the impresstion you were watching a long preview for a new anime series. Animation (10/10): One of the redeeming qualities in this short film is the art and animation. Some argue that the character design is too plain, but I completely disagree. The character style is very fluent, crisp, and refreshing. The facial expressions are outstanding. The beautiful and detailed landscapes/cityscapes are presented brilliantly and a highlight of the film. As are the fighting scenes and the transformations done by Cenco. It is astounding that such amazing animation was done by one man. Sound (8/10): There is very little background music in this anime. While many animes use music to intensify scenes Cencoroll does not, adding to it's overall surrealness. You can though hear the sounds of crickets, leaves rustling, and whatever else you would expect to hear in Japan. All is very realistic. The ending theme, titled Love & Roll by Supercell, is a upbeat and fun song. Characters (8/10): I can understand characters getting a lower rating. With no character development it leaves the viewer with a very one-dimensional feel for the cast. I found the characters lovable despite this. Tetsu seemed indifferent to everything going on around him and was not surprised by much. His somewhat dull (but still lovable!) personality was evened out by Yuki. Kana Hanazawa, who is known for her moe roles, voiced Yuki. She does a wonderful job of showing Yuki's curiousness. Cenco, whose only motivation is to feed himself is funny, even though he says nothing. The three together make a comical team who are a pleasure to watch. Shu, our antagonist of the film, is very cocky and holds an air of mystery around him. He added a good flare to the show. Even with the lack of character development I am giving characters a high rating because I enjoyed watching them so much. Overall (8/10): Cencoroll is a diamond in the rough. Its biggest drawback is its length, and if given more run time could be exceptional. I suggest this anime to anyone who does not mind a bit of weirdness or has 30 minutes to spare. 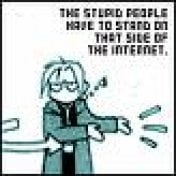 Not bad actualy. I realy enjoyed this strange, a bit melancholick story and the whole... well, whole. So the story is a about a boy and a girl (not a love one though) So the boy have a strange creature that came from god knows where, and that creature can transform into anything. Oh, and the boy can alsow control it, in a way... if the creaure wants it ^^ One day The Girl finds The Boy and his creature, and comes into strange fighting (as a viewer/contestan) over these creatures.And thats prety much all of the story.So i recomend this somehow beautiful story to everyone, from ecchi lovers to Narutards to watch. And alsow especialy for those who liked "5 centimeters per second" cus i dont know why but think that they are somehow similar (dont ask why)

Story This is basicaly a 27 minute movie about a girl meeting a boy who has a monster/alien/whatever and them fighting another boy who has two monster/alien/whatever things.  The plot isn't very deep and leaves alot of things unexplained, but it makes up for it by being an entertaining and fun action fest. Animation The animation is great!  The backgrounds are quite detailed and the action scenes are awesome.  I also liked watching Cenco transform as well. Sound There isn't much background music, but there is plenty of ambient noise (such as crickets chirping) that helps enhance the scenes.  Also, the ending song is very good. Characters The main girl character is probably the most developed character in the show and manages to have some character growth (despite the show being only 27 minutes).  The boy protagonist doesn't get as much character development as the girl, but the interactions between him and Cenco (as well those between him and the girl) are quite amusing.  The boy antagonist doesn't really get any development at all (other than he's cocky) and most of his motivations are unexplained (he wants his large alien/monster thing to assimilate with Cenco, but there is never any reason given for it).  Then there is Cenco, who manages to have quite a bit of personallity despite never saying a word the entire show. Overall  If you come into this show expecting something deep and profound, you will be disappointed.  However, if you come into this show expecting a fun "leave you brain behind and enjoy the ride" action-type show, there is plenty of enjoyment to be found. 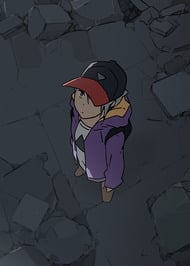 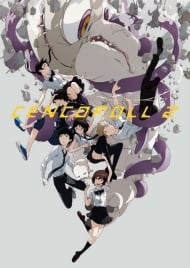 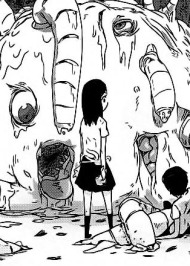