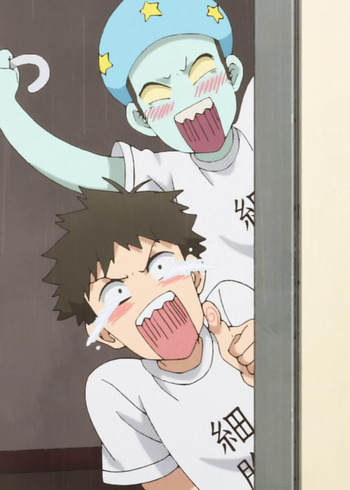 If you're looking for manga similar to Cells at Work! The Common Cold, you might like these titles.

Are people really defined by their blood types? A, B, AB and O-Type are here to set things straight. Whether they're trying to cross a bridge, sharing their hearts or meeting aliens, the four blood types continue to prove – or disprove – popular theories about themselves. Does B-Type like rules to be broken, is A-Type cautious and naïve, and is O-Type a peacemaker?

What the Font?! A Manga Guide to Western Typeface

Ever wonder who's keeping your body safe? The fantastic, fierce White Blood Cells, of course! Follow these fiesty fellows on their journey to eliminate everything that could make you sick!

Hideyo Noguchi was a prominent Japanese bacteriologist who first discovered Treponema pallidum, the causative agent of syphilis, in the brains of persons suffering from paresis. He traveled extensively in Central America and South America to do research for a vaccine for yellow fever, and to research Oroya fever, poliomyelitis and trachoma. While in Ecuador, he received a commission as a colonel in the Ecuador Army.