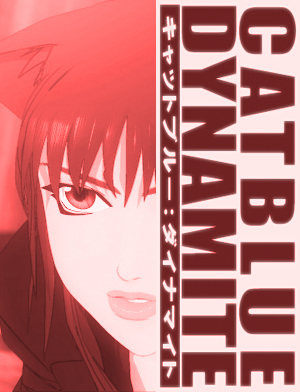 Both are short action anime featuring catgirls with guns. Also, both of them were animated in full CGI and directed by the same guy.

The official music video for GOOD LUCKER, by Minami.