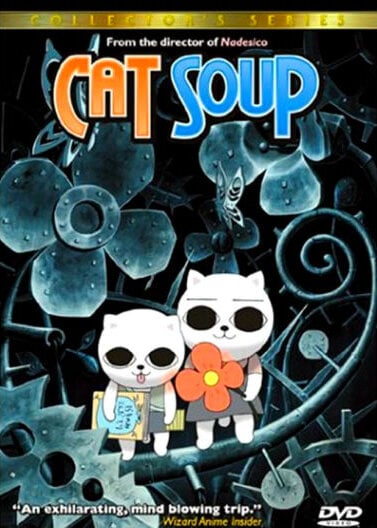 Gorba Chev is a feisty white kitten owned by a kind and caring young woman -- yet he often dreams of escaping from the "prison" that is his owner's apartment. When he eventually succeeds, Chev joyfully prepares to embrace his new life of freedom and adventure; but soon finds out that reality is a sadistic mistress and a very cruel teacher...

Protecting your turf, keeping other guys from pawing at your girl, showing everyone who's boss, scraping by--it's all in a day's work when you're a street thug...or a street cat! Explore the hidden world of rough-and-tumble stray cats depicted as delinquents in this quirky and hilarious series by manga-ka Atsushi Okada! It'll have you purring with laughter!

The story of Nekomura, Japan's most famous housekeeper! With the appearance of a cat, Nekomura is being employed by an upper-class family. She notices everything that goes on in the house and she does not fail to intrigue. She is very hard-working, but she can't help but poke her nose here and there occasionally, and stumbling upon some secrets, showing the trials of the Japanese are not very much different than ours.