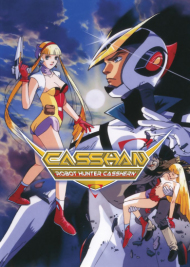 Boy, this was bad. Very bad. This was a “what you should never do when making an anime” type of series. STORY & CHARACTER SECTIONS: 4/10 In a flash, Casshan is a lamer version of Matrix and Fist of the North Star. The machines have conquered humanity and a superhero emerges to fight them. Originality was the last thing the scriptwriters had on their minds. The story tries to add some interest by making the machines having emotions and the humans fighting and betraying one another but the presentation was so superficial that it went to waste. More specifically:The superhero is not like superman; fighting bad guys and bestowing freedom. His parents were the creators of the robots and were amongst the first to be killed by them; so he turned himself into a cyborg in order to avenge them and stop the robots from destroying humanity. He sacrificed his human body and now is hated by all (minus his girlfriend) for being a scientific freak even though he just wants to help them. It all sounds great for the basis of a great character but it all means nothing since he is a complete idiot. He clearly lets the bad robots escape every time instead of going after them; a thing he can easily do with his gismos. Really, if he did the series would be over from the first episode. Even his final attack in the robot base happened in a flash. Why was he wasting time destroying robot outposts when taking out the main base would end the war immediately? It’s not like he was gathering power-ups; he was maxed-out from the start and actually became weaker from injuries in every battle. His girlfriend is a freedom fighter, organizing the rebellion against the machines and fighting herself when possible. She is also the only person that still cares about the hero; although he is a cyborg, son of the scientist who caused humanity to be on the verge of destruction. Sounds like she is not the average damsel-in-distress, always waiting for the male lead to save her, right? Wrong! She is a blonde bimbo with pigtails who can do shit in battle and ends up being captured and needing of the lead to save her anyway. Plus, the fact she is the only female human in the series that for some reason wears tight clothes that shred with ease is a giveaway that she is just there for emotional support and for fan service. The robot leaders have emotions that make them think and doubt if what they do is right. It leaves a lot of room for interesting characters on the side of the villains. Yet, it all goes to hell when you see the otherwise genius Black King Leader being nothing but a brute that uses raw force in battle and uses the very humans he wants to destroy as important workers and inventers of more robot models. Plus, he has a pet mechanical swan that despite his all-knowing supermind had no idea it was working with the hero all along. And, duh, what kinds of robots are they when they clearly behave like normal humans? Besides the big bad, all others were either cardboards without a hint of personality who get killed in idiotic ways or mass-produced mooks that get trashed in an instant. Wait, there is more. The hero has a mechanical pet dog that breaths fire. Very cool, huh? Well, it would be if he actually needed it. He could defeat with ease all the underling robots by himself and it clearly did shit in the battles with the bosses. It was there, just as a mascot animal for the 5-year-old viewers to cheer. ART SECTION: 6/10 Besides all this foolishness, the animation is surprisingly good, as there is detail in colors and consistency in shapes. There are even hints of choreography in battles. Still, all the center of attention is the chick loosing her clothes every 15 minutes… Neither the explotions, nor the industrial post-apocalyptic setting are that different from what you may have seen in Bubblegum Crisis or any other 80’s sci-fi title. And anyway, the battles were like watching the Power Rangers, so they ain’t that much interesting. SOUND SECTION: 4/10 Sound-wise, it was terrible. The music themes were ridiculous idealistic songs that mean squat if you are older than 10 and the sound effects are the typical explosions and laser sounds you hear in most action series. As for voice acting, it was mediocre in tense and full of bull dialogues, concerning paper-thin logic and superficial drama you will forget right away. VALUE & ENJOYMENT SECTIONS: 1/10 I’m giving the lowest score here for the simple reason that there are remakes of the same story; which are without a doubt, like, a hundred times more interesting than this one. One is a live action film titled Casshern and the other is the recent anime series Casshern Sins. Both have the same hero and basic story and outshine this bull entirely. So, with them around, the present title has no reason of existence anymore. Tough luck…Turns out even this series is a remake of an even older anime, titled Shinzou Ningen Casshan, which I got the impression this OVA mini-series is just a compilation of the best parts. Makes it safe to say that the original is equally shallow and fake in our time and age. VERDICT: 3.5 / 10 This gismo is outdated. Let’s throw it away and get the newest model, which has a hundred times more CPU power and even offers free wireless Internet access. SUGGESTION LIST Casshern (live action movie)Casshern SinsThe AnimatrixFist of the North StarBlue Gender 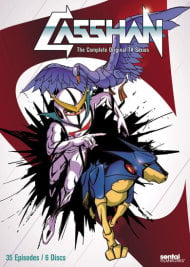 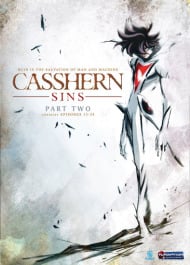