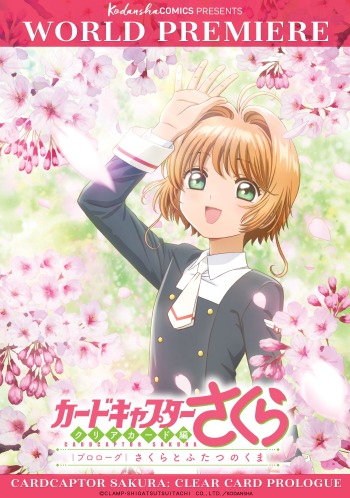 Wonderful way to get us fans excited for what is to come next year!

The story line is just as described in the summary, this is essentially the last few episodes of the animation where Syaron confesses his feelings to Sakura before leaving Japan. The difference here is that this OVA stays true to the manga, recaps what happened since the beginning of the story and prepares the audience for what is to come as foreseen in the very last scene which is the very first chapter of the new manga. I don’t believe the plot is different and neither was I expecting it to be. I felt the OVA was well done not only to show the real ending that we were previously given but to shows us what is to come while letting us enjoy a beautiful love scene from our favorite couple.

I kind of missed the old animation but I knew this was going to happen. There were some scenes that were kind of poorly done like when the teacher enters the classroom in the beginning and when Sakura walks around outside. The old anime would have never done what this OVA did, they used to draw everything and put special emphasis in the scenery. The animation was okay, but I did not love it. I hope when the new arc is released, the budget is big enough to continue with the quality that would be expected of this beautiful anime.

I love these characters, nothing else to say here.

The animation could be improved but overall the OVA was entertaining and made me very excited for the new arc which is sure to bring new material to the table with our favorite characters.

Think of this OVA as Reintroduction to Cardcaptor Sakura 101.  In really, this half-hour episode is a revision of the final episode of the 2000 closure, taking liberties with the original storyline.  I thank previous reviewers as delolmo and Shaggy410 for their insights as to manga and anime presentations.  But, with the thrill of a new season of CCS after seventeen years, you had to admit that reminders were due, even if it meant fictionalizing the fiction.

The only development of Sakura in all this time was through the shounen series Tsubasa Reservoir Chronicle.  The characters Sakura, Syaoran, Tomoyo, Yukito and Toya are there.  But there … is where?  This anime is a brilliant adaptation of these key characters in new settings, an exciting search the realms of hither and yon for the scattered memories of Sakura.  Both Sakura and Tomoyo are princesses, so it’s great that they are getting up in the … well, whatever worlds they are in, they did good.  Sure, it can be confusing with new plot twists and characters as Fay and Kurogane (sure, Mokona is no Kero … but, is that bad?) and having to accept Sakura as a helpless amnesiac …

Whoa!  This is a review of Clear Card Prologue.  Let’s get back on task.

This adaptation of the last episode of CCS is not perfectly true to the original, with time being a subtle factor.  Things will be lost, or needing adjustment, or altered to fit new ideas.

For example, Eriol does return to England, but he does make an appearance on his last day of school in Tomoeda.  But the boy has lost his menace.  On the day he leaves, he will have his farewell at his mansion with Sakura, Syaoran, and Tomoyo.  Eriol's old voice in the original had a timbre like Yukito's voice.  Here, it is richer and mellower, as if Clow Reed speaks, not Eriol.  Even Yukito sounds different; in his heart-to-heart talk with Sakura, it lacks the pitchiness and warmth.

The exchange of the teddy bears, named Sakura and Syaoran (referring to an episode in CCS where such an act is a sign of love), is not so pronounced in the original, but it is extremely relevant to the 2017 production.  The final meeting of the two star-crossed lovers differs.  In 2000, Sakura rushes to the airport to see Syaoran away; in 2017, Sakura offers her bear to Syaoran at the airport shuttle stop just as the bus is set to roll away (again, a reference to an episode in CCS where Sakura and Tomoyo are emotionally drained by a similar parting scene in a movie [not so Syaoran, stoic manly-man he was trying to be]).

The theme of unrequited love left CCS with an unfulfilled wish.  This is part of the charm of Tsubasa Reservoir Chronicle.  Here Syaoran is devoted to the amnesiac Sakura, a devotion which attracts Sakura to reach out for comfort and security from her protector.  Even though Syaoran knows the chances of Sakura remembering him as a  friend are slim.  One would think that in one of the stops in all the world-jumping, the pair might do a stopover in Tomoeda and clear the elementary school of some ill-fortune.  Hey, I’m only in episode seven of season one.  Don’t spoil it for me!  And, yes, I know that such a lark is totally outside of the tension of the rising complications of TRC.

The ending of CCS: Clear Card Prologue ... spectacular.  Using the character designs developed in TRC, Sakura is working through the first year of middle school.  Walking through a cascade of falling cherry blossoms (Sakura is Japanese for cherry blossom, the irony and symbolism so strong), Sakura remembers a wish of showing Syaoran the beauty of such a scene.  But ... wait ... a shadow cuts through the veil of pink. 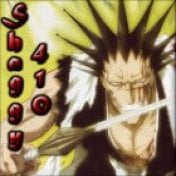 If you want to know the definition of a retcon, watch this OVA and read the explanation ahead, without further ado.

The bad things, and for me the biggest issue with this OVA:

As a longtime fan of the series, and having watched it around 4 times, including the movies, I have to give the story aspect of this OVA a pretty low score. The term retcon, which I mentioned at the beginning, is defined as the substitution of old aspects of a work by new information that imposes a different interpretation on previously described events, and this is my issue with the present OVA, as it is, in its entirety, a retcon of things that happened before.

Not only changes what happens on the last episode of the original series regarding Shaoran’s confession, his departure from Japan, the bear’s story and other aspects of the episode, but also makes the second movie, The Sealed Card, completely irrelevant by changing and discarding its whole story regarding Sakura’s response to Shaoran’s feelings and the ending of said movie, practically making that movie collide with the story being told in the OVA and also making as if the events in said movie, never happened on the general plot of the series.

This OVA could’ve started on what happened after the movie, giving new insights to the story, and being a bridge between the old story arcs and the movie, with the Clear Card arc, without changing everything that happened. So, regarding the story aspect it gets a 3/10.

Overall, I give this OVA a 4/10, reason being that the story, at least in my opinion, is more important than the other aspects, especially since it's destroying everything that was told in the original series ending as well as the Sealed Card Movie.

Cute opening giving some story for the main characters, and focuses on emotional themed material. If you just want to know the important bits that happened, the synopsis actually summarizes the entire episode, although you won't get that intimate experience. It's a really relaxed, warm, touching episode showing the modern artwork. The after credits scene is curious, is it just a dream, or a fast-forwarded scene of reality, in which case it would make some of the episode a bit pointless, quite the cliffhanger. To have this kind of impact on just the prologue, the actual season is sure to be a treat.