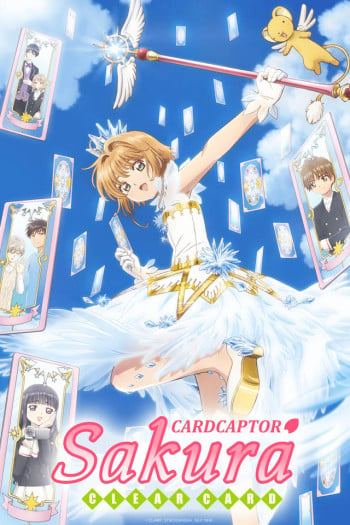 Sakura had managed to capture all of the Clow Cards which could bring disaster to the world and turned them into her own Sakura Cards. Now it’s spring. With cherry trees in full blossom, Sakura is just entering middle school. Her beloved Syaoran has returned from Hong Kong, and Sakura was thrilled to be going to school with him again. But one night, something strange happens to her Cards... On top of that, strange things keep happening in Tomoeda. Guided by the Key she encountered in her dream, Sakura starts collecting Cards again. And then, a new girl transfer into her class...

Welcome back to Tomoeda, your typical Japanese town of hard-working adults, rambunctious kids, and penguin-themed parks.  A warm and charming place where one need not lose an eye or an arm in watching the goings-on of the local magic girl.  Granted, Tsubasa had roughed up Princess Sakura.  Coincidently, in the 20th episode of Kobato (review coming), we meet Syaoran and the gang as they visited our realm in search of Sakura.  In the moment (2009), the sweet and sprightly Kobato gave Syaoran, Fay, Kurogane, and Modoka a place to stay as the trio of travelers explored the aspects of the world of Kobato’s pre-school.  That episode reduced the then canceled anime series to the adventures of Syaoran, Fay, Kurogane, and Modoka as they jump from reality to reality in hopes of finding the lost princess.  By the time Tsubasa Spring Thunder Chronicle finished its short run, we don't know if Sakura is authentic, cloned, alive, dead, or an existential ideal the three men have been devoted to discover in a hopeless romp through different worlds. Ah, the simple pleasures of Tomoeda! Clear Card is the 20th anniversary reintroduction of Sakura Kinomoto, the Cardcaptor who had graced the anime world from 1997-2000.  The 22 episodes repeat the well-worn formula.  Sakura's card collection has been altered to transparencies, blank cards which must recapture a new power.  Most have striking similarities to the old cards, the Sakura Cards which have been modified from the original Clow Cards.  By the approach of the end of the series, Sakura has the collection regained, and then the dark side of the plot enters, menacing the Cardcaptor and her future as premier magic girl of Tomoeda. The old characters are all there.  Tomoyo is there with her camcorder and absolutely stunning fashion sense, having a new Cardcaptor costume for Sakura as she records the recent exploits of her best friend.  Syaoran has returned to Tomoeda to attend the same middle school, though enrolled in another class.  He is still honing his own set of magic skills, and the flaming sword facet translated nicely from TRC.   The runty guardian Kero is back, pompous and over-rated as ever.  But his lion-esque form still is an improvement.  Meiling Li comes in from Hong Kong for a couple of episodes to show she is good with the budding relationship of Sakura and Syaoran.  Brother Toya still gives Sakura the ‘monster’ jab (and it still upsets Sakura.  Times don’t change sometimes).  Yukito and his alter-ego Yue still are there for Sakura, Yukito for Sakura’s down moments in that tough growing-up time in the early teens, Yue for all those mounting Cardcaptor problems.  Even Chiharu and Takashi have there moments, Chiharu to whack Takashi for those atrocious whoppers, Takashi learning to be more truthful and shocking Chiharu enough to stand in awe of the closed-eyed one. But there are new characters to sweeten the story-line.  Akiho Shinomoto, a pleasant girl so much alike to Sakura.  The overly gracious and nonetheless shifty butler Keito whose devotion to Akiho is admirable ... except for an ominous feeling that not all is disclosed.  These two steal the show.  You can’t figure out how, but somehow, though the recent manifestation of Clow Reed, Eriol, would love to become involved with the progress in the clear card gathering, he can’t.  All attempts to communicate with Syaoran and his allies in Tomoeda fail;  he's constantly out-distanced by some interfering power. As with CCS, Clear Card is a formula driven plotline which ends with a riveting conclusion which does anything but conclude.  There is that bizarre similarity between Sakura Kinomoto and Akiho Shinomoto.  Akiho has the appearance of a junior edition of Sakura's mother.  Sakura's great-grandfather gives some vague clues about her mother and gives her a key-shaped amulet.  Before we can learn the significance of the amulet ... heck, even the significance of a lot of things in the story ... it was over, a showdown between Sakura and a new claimant of the Clear Cards engaged in an aborted duel.  The results: ????????  I’m puzzled and feel I’m waiting for the 23<sup>rd</sup> episode which will never come.  Perhaps in the next chance for a CCS revival.  The 25th year is 2022. The music has always been entertaining.  The lyrics are always subbed, but the Japanese text is inserted as well.  While I don’t speak/read Japanese, there is a something to the work of the Sakura Cardcaptor lyricist.  The music is perky with its assonance and alliterative snatches.  And, every once and a while they even throw in a word or phrase of English.  It’s delightful listening to the songs as episodes open and close. There was one massive bummer.  The original CCS ended with a moving greeting from Sakura thanking the viewers for the support.  Clear Card ended with the ego-centric Kero singing his praises in a segment the original CCS had the good sense to drop a third of the way in their run.  CCS has had a wonderful history.  The original run of 70 episodes over three years.  The crossover experiences in the two seasons of TRC and its brutal two OVA's.  And now, the return to simplicity, with the full knowledge that a CLAMP-driven scenario will do no more than become overly complicated. Maybe ending at episode 22 with an unresolved climax moment was supreme wisdom...Any resolutions out there, CCS?

Spoiler Alert: I grew up with Sakura Kinomoto so I was over the moon that a new season was released for the 20th anniversary. This season, Sakura has graduated to middle school but is still as sweet and adorable as she was all those years ago. The plot follows her as she goes about her normal school life as well as discovering a set of new cards, known as Clear Cards. She also has a lot of disturbing recurring dreams of someone trying to take her key away from her. I really enjoyed this season, it felt like a true homage to the past seasons and even had a lot of throwbacks. Especially when the new cards were so similar to the Sakura Cards. I loved finding out that Sakura's powers have gotten stronger - to the point that she herself is creating the new cards. I also loved how much closer she got to Syaoran and how they both admitted their feelings to each other. It was beautiful to watch. What I didn't like though was that it ended with so many unanswered questions. Who is Yuna D? How is Achiho connected? Why are the Sakura Cards gone? I want answers so I'm hoping a second season is on its way soon! 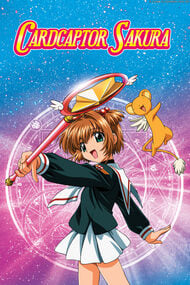 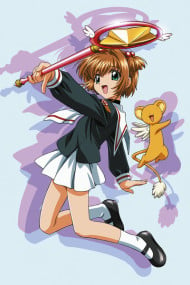 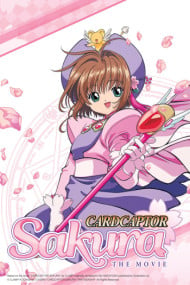 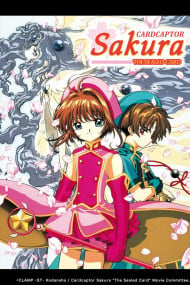 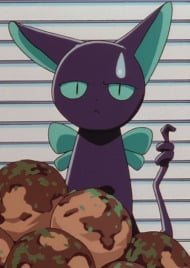 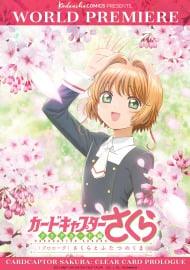 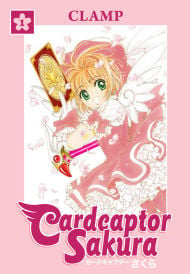 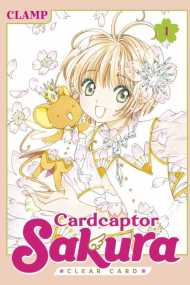