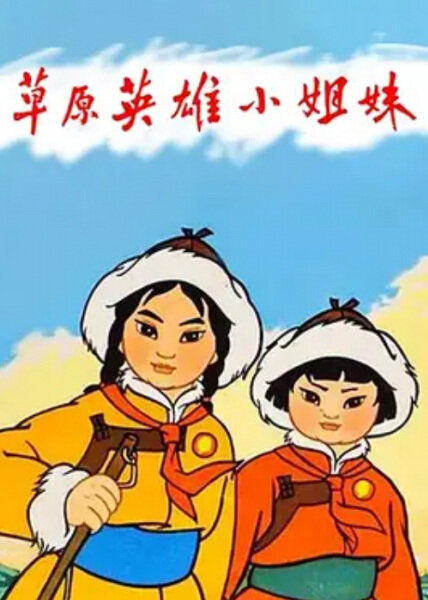 If you're looking for manga similar to Cao Yuan Ying Xiong Xiao Jie Mei, you might like these titles.

As the daughter of a mom who is always working, Satono lives a lonely life. She's so afraid of being left alone that she self-isolates to prevent anyone from leaving her. But when her mom suddenly remarries, she gains an older stepbrother, Ryo. All Satono wants is a family, but all Ryo wants is to hang out with his friends. Can this pair work out their differences?

One day, our hero finds himself the third of three siblings - the other two of which are a pair of cute high school girls! There's Mio, the touchy-feely type who drops in on our hero during bed and bath time, and then there's Nao, the younger sister who can't stand being around him. With Mio's overenthusiasm for their arrangement and Nao's total prudishness about the whole situation causing friction on a daily basis, it's taking our hero everything to keep from going crazy! Will the day ever come that this trio becomes a normal, happy family?

When a boy's divorced mother returns from America, she brings a blonde haired girl. "She is your sister," she says, and we are going to live together.

A boy gets angry when discover that his brother is leaving the house to meet his lover. Determined to stop his brother he decided to follow them to get a good opportunity to ruin their meeting but the things aren't always as we want...

The first story is about orphaned twins on the run from criminals who find themselves assisting a mad scientist intent on building a teleportation machine, and the second story is about a boy raised with the animals in the lands where the Incas once ruled.

Ibara who has now entered her second year of middle school has started her rebellious phase, becoming a problem child who troubles her brother... or so it appears. In truth, all she wants is her brother's attention.

Rio always wanted to be a model, but she was too shy to go to the audition alone. Instead, she took her sister Yui with her, and Yui is the one who became a popular model. Rio does her best to be proud of her little sister, and not be jealous about the situation. She even asks boys out for Yui, so that Yui won't be faced with potential rejection. One day, a pair of hot brothers, Sei and Kou, move into the neighborhood. Rio asks both of them out for Yui, but they both reject Yui through Rio. This dual rejection brings out clearly both Yui's selfishness and Rio's suppressed jealousy. What will happen next for Yui, Rio and their love lives?