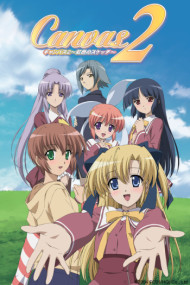 After abandoning a promising future career as an artist to follow the path of a teacher, Kamikura Hiroki is faced with the responsibility of supporting his cousin Hosen Elise, who has just recently lost both of her parents. To complicate matters the high school she is attending is the very same one at which Hiroki is finishing his teaching experience requirements! Elise soon develops feelings for Hiroki, but a new rival arrives in the form of the teacher Kikyo Kiri – a familiar face from Hiroki’s past. With two women vying for Hiroki’s affections, who should he choose?

I saw there were no reviews for this anime so i thought hey might as well do a review for my least favorite romance anime of all time. To anyone who might watch this and is new to romance animes or is just starting out I think you should start with something way better then this so justcome to me if you need to with any questions about that but anyway i watched this anime in one sit because when it started I "DID" like it but now i hate it. anyway i am writing this at about 2:00 Am so its not really that late (for me atleast) but i still think that i wasted my time with watching this.So basiclly you can say two cuz's live together beacuse the girls parents were killed in a car crash so the other cuz takes care of her. To start off with not only does she force him to do the laundry he also has to pay for everything she owns and he cooks about 99% of the meals. So as you can she shes a real great person but wait theres more she is scared of the color red beacuse you know the crash and blood comming from her parents but anyway she says shes very mature and is over her fear of red almost every episode but she never gets over it until i beleave ep 22 or 23. Also she said she would paint a picture with red in it and show it to her friends many times in the anime but she never does she might at on point of the anime pait some thing with red in it but i will leave that for you guys to watch if you want to ruin your life. So the guy cuz has a girl hes always liked and shes always liked him so as they start to for something girl cuz comes and breaks it then they start to form again but she breaks it again so finally they repair it and i will not tell you if she breaks it but i will say that i really liked the guy cuz and the girl he always liked as a couple but you can tell by how mad i am at this anime how it turned out i bet. So also this anime is full of how should i put it ummmmm i guess fakers one example is every thing i said about the girl cuz and another faker is the guy cuz as I said he said he liked the other girl but when you watch the anime you see he SPOILER ALERT PLESE DO NOT READ IF YOU DONT WANT SPOILERS PLEASE GO TO NEXT CAPS LOCK FOR REST OF SPOILER FREE REVIEW.................................................................................................       He blows the girl he said he likes for the girl cuz and the girl cuz always said date that girl date that girl and i dont want to mess up your date beacuse when he blew her off they were going to stay over night in a hotel and maby even do some hentai stuff but anyway when he say the girl cuz she didnt say sorry for making you come or thanks for the painting you painted me even though  have been asking for a year why dont you paint some thing or even can you tell your date that im sorry so yea..............................................................................................................       OK SPOILERS DONE NO MORE SPOILERS SPOILERS DONE NO MORE SPOILERS................. So i guess i can tell you there is 1 main character i like and 2 2nd-dairy ones i like they are the girl the guy cuz "likes" the high school girl who writes novels and also her editor. BTW if you are wondering why im not using any ones name its beacuse 1. i dont remember the names of anime people i hate 2. Dont like writing long japanese names and finally 3. I dont want you guys to go yelling at me if i dis you favorite char. so now i can go back delete what i said and be like "LIAR i never said such a thing go and check for yourself" well JK about the last one but anyway i want to end on this note for people like me who have seen many romance animes this anime is one to watch ONLY if you want to go waste 8 hours of your life and to people that have watched either some or no romance animes then please do not watch this i beg of you!!!! Instead watch a good romance anime and if you dont know fo any then comment on my page and i will tell you some good ones. Well i guess thats it so thats for reading my review 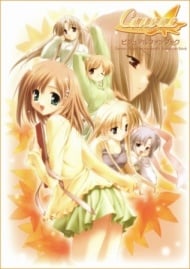 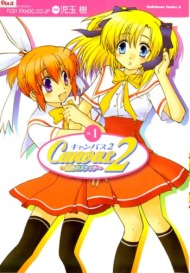