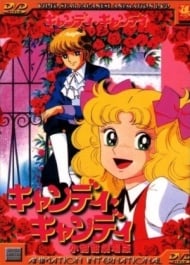 StoryI’ll admit it: shoujo normally isn’t my thing. I’m not a big fan of girlish delights and sappy friendships and romances. Give me sci fi or horror any day! Nevertheless, the Candy Candy movie wasn’t in the database yet and it was short, so I decided to watch it anyways. As it turns out, I ended up being fairly surprised at how much I enjoyed it, and how little I disliked it. The story itself follows a young girl named Candy, as she is adopted into a less than pleasant situation: to become a servant for a perfectly beastly girl named Eliza. Really, it’s basically a Cinderella tale, shoved into twenty-five minutes. Everything from Cinderella can be found, from the party to meeting the perfect young man, to overcoming the cruelty of the "stepsisters" (in this case, Eliza and her terrible brother). All it’s missing is the pumpkin and the glass slippers! Now, I’ll be the first to say I haven’t seen the TV series, and I knew nothing about the franchise prior to seeing this. Based on what I’ve read, the movie is a very condensed version of the 100+ episode TV series, and given the pacing of the story, I can see that being the case. Often times, condensed anime is never a good thing to watch unless you’ve seen the original, and it usually seems rushed and... well, bad. In this case, though I presumably could have enjoyed it a lot more having seen the TV series, I felt like it was perfectly decent to watch standalone as well. So did I like the plot? Yeah, it ended up being a lot better than I would have thought. If you are looking for something deep and thought provoking, this isn’t the anime for you. On the other hand, if you want something short, sweet, and sentimental in a storybook sort of way, the Candy Candy movie would be a good choice for you. The pacing is rushed indeed, but we are shown the important factors of the story effectively. Though only twenty-five minutes, you still become attached to Candy and her plight, and by the end, are happy that she has been shown at least a small amount of happiness. Overall, a decent plot with a happy conclusion... so even though shoujo isn’t my favorite, I can still rate this section highly as I know fans of shoujo would consider this a short treat to view. AnimationLike the original TV series, the Candy Candy movie adopts a very old looking animation style, similar to such things as Brother Dear Brother. Characters all are very wide eyed with strange hair that looks almost like it was modeled after vegetable leaves. For 1992, I feel like the overall quality could have been a little bit better and a little less choppy. I understand wanting the designs to look like the original, but the actual quality just seemed a little shoddy. Movements looked a little jerky and the occasional still scene didn’t help. The colors used were also very shoujo, primarily consisting of pinks and other pastels. I don’t know... in general, the animation was fitting as far as the designs, but the overall animation itself I think needed a little help. SoundThe majority of the movie was devoid of any music, and the music itself was really in the background and uninteresting. Piano was the main instrument used, and though it was fitting for the shoujo atmosphere, it wasn’t inspiring enough to warrant a decent score. In addition, the voice actors all were decent except the brother who had one of the worst chosen seiyuu EVER. In this case, it was the guy who did the voice of Kir in Jing, and one of the characters in Hundred Stories. Totally inappropriate for the character in question. CharactersNow, for a twenty-five minute movie, it’s hard to rate the characters highly unless they all fit various stereotypes that were portrayed well. That, or unless they are all very unusual and interesting characters. Indeed, the characters are very stereotypical to a Cinderella type story. Eliza is the perfect evil stepsister of sorts, and Candy is a wonderful heroine who refuses to give up, even in the face of cruelty. In only the short period of time, we are convinced very easily who is good and who is bad, and feel empathy for Candy... especially when Anthony comes into the picture. At the same time, I felt like the length left a little to be desired for the characters’ development. We see flashbacks, for example, of Candy and her childhood friend Annie, but the five or so minutes on screen doesn’t help paint a convincing picture of their feelings. I would have appreciated more development with all of the characters, but the length prevented it. OverallFor an intro into the world of shoujo, I think the Candy Candy movie would be a fine choice. Though short and lacking in some ways, the gentle story with its touching ending will probably appeal to a good variety of folks. Those looking for a deep story or character development should probably look elsewhere, as Candy Candy is more of a shallow look at a whole genre, rather than a good look at a specific series. 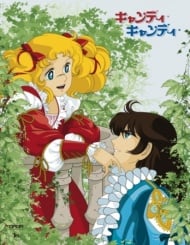 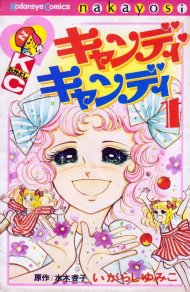