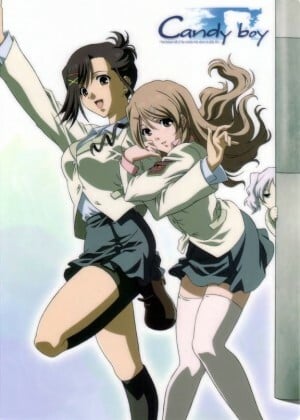 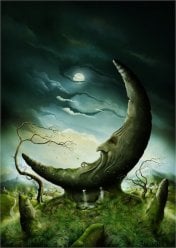 This story is more of a prequel to the short series than a side story. It is very short at about nine mibutes uncluding credits and so forth. I can only give a six for the episode as a stand alone. As part of the series it would make far more sense, unfortunately that is not the case.

The animation of the characters themselves was above average. What really made the animation stand out was the extremely high quality of the environment and scenery, mostly while on their outing together. The level of detail is truely artistic and would definitely lead into the series as kana being an artist.

Sound was average at most times. What I did like about the sound was that it did not have an over abundance of music like many within the genre tend to have. I definitely prefer to continue hearing the voice casting over the music, rather than the other way around which is very common. Not oustanding, but slightly above what was expected.

The characters had their distinct personality types defined fairly well. As well as their relationship within the short amount of time given to this episode. I did not count against character scoring for not having developed each characters background because that belongs in the story portion of the rating, not here. The characters personalities were fairly original, well as original as a personality can be in a show. Perky is perky and hyper is hyper, but taking the general mold and building from that to make kana and yuki distinct in how they act out their personalities is a good job. Though not much of their personality was explored in this prequel. I therefore had to take that into account. I recommend this to anyone who enjoys slice of life, shoujo-ai, school life, episodic or romance.

This anime show appeared in the random section on Anime Planet, and since it was only seven minutes long I decided to give it a shot. Was that wasted time? Certainly not, though I didn't get too much out of it.

In all honesty, it's just a basic moment in the lives of two sisters ending with them walking home in the rain; nothing too extraordinary. Now, this isn't to say that an anime show needs a supernatural twist to make it good or memorable, but there just wasn't much to this show is all. The only remarkable things were the sycophantic little girl and the sister's attempt to recreate an event from her childhood, if that gives you any idea. It's not terrible, but it is something rather forgettable as far as shorts go. I wouldn't be surprised to learn if this was some sort of bonus feature or something of that ilk because this can't really stand on its own.