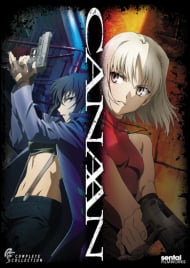 STORY SECTION: 4/10 Yet another chicks with guns anime. That means a lot of chicks, a lot of guns and not a lot of story in between of those two. This is the case here as well, seeing how the story is the most overlooked part of all sections. If you haven’t played the game you will most likely be confused with what is going on in the adaptation. The actual story is also nothing original; just the usual fuss around a deadly virus and shadow governments using it for the creation of supermen, world domination, and having a super gunner chick stomping their plans. The ending is also not solid as you clearly see there is room for more plot. The only good part in all this mess is the pacing, which is just 13 episodes of fast action and lots of silly moments, making it hard to be tiresome while watching. CHARACTER SECTION: 6/10 The characters definitely are not original. They are easily defined stereotypes found in most such works and thus not memorable in the long run. Plus, in many cases they are shown naked or cosplaying in an attempt to make them attractive to the viewer. They are used as otaku culture material, which depending on your tastes may be good or may be bad (bad for me). Most of the times they are all comical, making it very hard to find the whole world threat of the virus threatening or something serious in general. The good part is that all major characters are seen as pairs, one working with another to fill each others’ disadvantages. That makes their interaction interesting, albeit never serious or original. The whole deal is Canaan the lead girl seeking revenge from rival, who is part of a conspiracy to spread a virus, which creates supermen, which is investigated by Maria a female reporter, who is a friend with the lead girl. Plus there is YunYun, a comic relief Chinese girl popping all the time in random places just for the heck of it. And mentioning anything else is a waste of virtual ink as that is all there is to it. The interactions amongst them are as I said very interesting but the whole thing is taken way too light to mean anything before ending openly to a sequel. ART SECTION: 8/10 The amount of details and colors are great; the Chinese festival of the early episodes in particular is a scene worth remembering for a lifetime. Animation done by P.A. Works, a studio which is mostly trying to pamper the fans with moe fan service (True Tears, Angel Beats, Hanasaku Iroha) and completely neglects the storyboard; and this is no exception. The action scenes lack overall realism as they usually do in such types of shows but to the most parts they are extremely entertaining. The baddies are not complete dumb arses all the time and some require special handling as they use superpowers that make conventional means ineffective. Still, despite there are basic strategies and field tactics used, you still feel it’s like “one kills a thousand in open field with a water pistol” in overall, making the action cool but not serious. I mean, as much cool as the shooting battle was in the first episodes, you still find it ridiculous how no bystanders are ever hit or how they keep cheering or standing still when people are dropping next to them covered in blood. And those scenes with women being naked or dressed as cats in improbable places; that can hit you as either fascinating or ridiculous. But in all have no worries about the animation besides the realism part. SOUND SECTION: 7/10 The overall soundtrack is also ok, good dynamic songs to fit in the frenzy action and humorous characters. Still, no memorable songs amongst the BGM, and as I said the characters talk mostly comical in a setting that is not really a comedy. Kinda hit or miss to mix with one another. VALUE SECTION: 2/10 The battle scenes are definitely worth watching again if you fancy such type of action. Other than that, the story or the dialogues or the in-betweens are nothing much to care giving a second chance. ENJOYMENT SECTION: 3/10 In the end, the only thing I really liked was the artwork and the battles. All the rest have been done much better elsewhere, making this anime not worth recommending if you have seen the titles bellow. VERDICT: 5/10 SUGGESTION LIST Live action movies: Nikita, Leon Anime series with assassins: Gunslinger Girls, Gungrave, Darker Than Black. Anime series with chicks and guns: Madlax, Noir, El Cazador de la Bruja, Black Lagoon.

The girls-with-guns movement is spotlighted again during my time and this show has come to mind to have some elements of shows like that in the past and wondering that will this be a déjà vu comparison to those other shows? Well, first, the name “CANAAN” is a reference to the Old Testament, describing a land with milk and honey. Also, the anime is based on the scenario of a visual novel game 428: Fūsa Sareta Shibuya de made for the Nintendo Wii and onto a sequel to the game, it centers around three women and their connection to an anti-terrorism summit two years ago, Shibuya was ravaged by a biological terrorist attack using the deadly Ua virus. Maria Osawa was saved when her father inoculated her against the virus, but is left with partial amnesia from the shock. She works as a cameraman when she reunites with a girl named Canaan in Shanghai, China. A gifted assassin with synesthesia, she is under orders from an unknown organization for a yet unspecified mission.You know what? I already sensed the déjà vu situation describing the plot details of this anime…….mainly because it all reminds of the Bee Train trilogy of Noir, Madlax, & El Cazador de la Bruja, three shows whose plots are not really that different from each other and the fact the latter two are spiritual successors to the original. Personally, I do like the Bee Train trilogy more or less (Madlax being the less, El Cazador being the more) but I have developed a sense of what to come across to these types of show, for example:1.The show is set in an exotic place other than Japan. 2.Sometimes the theme is war (either inner or outer) and an organization unknown to the world is somehow involved. 3.Main female character is an assassin or bounty hunter; the other one has amnesia and can’t remember shit. 4.Sometimes one is stoic (or both in Noir’s case); the other can be the picture of innocence and naiveté. 5.The tone of the relationship between the two female characters has more or an equal amount of Yuri tones. (i.e., I sense a lot of fan fiction about these girls wink wink).So that’s basically what I sense when I watch these types of anime………Now as for characters, Canaan herself is the basically stoic female assassin we seen and she can get pretty dull to know about (she became an assassin due to death of her parents and her mentor Siam and wants revenge against the person that offed him) but she was interesting for a while. Maria Osawa is the archetype character of being the eyes of an innocent naiveté young woman and she was a likable character from start to finish (and cute, too. I’m just saying). There is also her boss Minorikawa or Mino-san, who feels more like he’s just in for the ride, like a role reversal considering Maria would fit into that role. Then there’s Yun Yun, the eccentric and energetic young girl and the comic relief (which is kind of new in my book of these types of shows) and one of the surviving test subjects of the Ua virus experiment. The prominent antagonist of the show is Alphard Al Sheya, the leader of the terrorist organization Snake and Canaan’s archrival and there is Alphard’s top lieutenant Liang Qi and I got to say that she has got to be one of the craziest, obsessed, and deranged secondary characters I’ve seen……..it scares me a bit but, hell, I love that about her. Her almost OTT appearance makes it seem believable that she is that fucking insane about what she does. I actually cared more about her than the main villain or the main character.I would say that Bee Train is somehow involved in the production and they are, but they don’t do the main animation, it’s the work of P.A. Works, the same animation team behind Angel Beats and Another and it looks absolutely beautiful. There was no noticeable mistake and hiccup in any of the fight scenes and I applaud them for that. The character designs were a bit basic for anime design of character although I keep thinking of Yun Yun as a little girl rather than an older female. The opening song of the show comes out a bit obnoxious especially with the electric keyboard in the beginning. The rest of the BGM and ending song were quiet, melodic, and sometimes stealth for a while.The dub by Sentai Filmworks was alright, however I should have talked about this guy already the last time I reviewed something from Sentai (that wasn’t a re-release from Geneon) and yes, for those who know what I’m about to say is about the ADR director/writer Steven Foster, who is responsible for the dubs of High School of the Dead, Ghost Stories, and the majority of most Sentai Filmworks dubs today and he can be either decent or awful and fortunately for him, it’s on the line of listenable for me. I will give praise to the voice actors/actresses including Shirley Calene-Black, Hilary Haag, Andrew Love, Serena Varghese and especially Jessica Boone for her role as Liang Qi. Yeah, you can tell I really loved that performance.FINAL VERDICT: I can easily say that I really did enjoy the series all throughout the run, even if most of the plot either seems already done in an anime but some of the time the dialogue is a bit awkward and jarring to hear because of the adapted writing, but I’ll say that if you like any of the girls-with-guns anime trilogy, you’ll like this. If you don’t (and I know some who don’t), then you might want to skip this.So for me, Canaan gets the well-deserved rating of: 7.5/10 PLANET TYRO RATING: Low SOLID B. 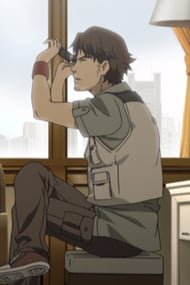 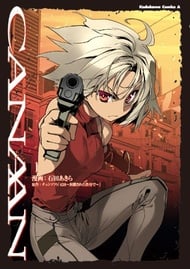 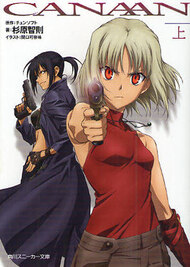 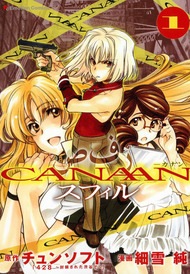