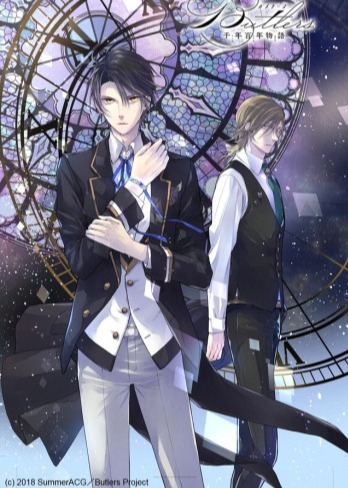 This is the most unintentionally hilarious show I've ever watched in my entire life. If you like so-bad-it's-good anime, this is a great choice for you.

The story is almost incomprehensible and makes little to no sense. It actually took me about three episodes to figure out what the actual main plot/conflict was supposed to be at all. It's so unnecessarilyconvoluted that it becomes just plain hilarious. The main "plot" is centered around our main protagonist, J, who was sent into the future by his sister, Tenna, whom he was in love with, disturbingly. In the process of sending him into the future, she died. He is trying to go back in time to bring her back to life. Throughout the show, there are a million bizarre plot twists that throw a wrench into this operation.

The animation is very bad, but it adds to the humor of the show. All of the characters have very large noses that look weird at certain angles. They are also constantly making unintentionally funny faces.

Speaking of the characters, there are way too many of them! The whole first episode is basically devoted to introducing all of the characters at a rate of about two characters every minute. It's hard to keep track of them all in the first few episodes, and by the last episode I still couldn't remember some of their names. Their designs are mostly bad and ugly. For example, the character Ren Shiratori has a horrible design that I couldn't stand looking at. Also, the characters' motivations almost never made any sense and seemed just to exist because it would add drama to the story. Most of the characters served no real purpose at all, and even though many of them have supernatural powers, these powers are almost never put to use, and if they are used they are almost always used in slice-of-life situations and then forgotten about during fight scenes.

The only good thing I can say about the show besides its hilarity is the voice acting. Most of the voice actors (in the Japanese version, at least) are very good, and many of them are big names in the anime industry. Tatsuhisa Suzuki as J did a particularly good job.

At first I was thinking that this would be a stupid anime and not have any story behind it. But I was wrong, it was very heart warming and it was very good at leaving you with "what's gonna happen next?" I highly recommend!

You are probably watching this series because you were really into black Butler and now have a thing for anime Butler types. Yeah, me to. The show is... OK. I do remember the story however the series bored me. This isn't a helpful review but don't feel bad if you aren't enjoying it when watching the first few episodes

Okay so I actually enjoyed this anime. I love the characters and I liked the story/Concept. Definitely good if you're looking for something to not take too serious.  However the animation needs some serious help. It looks stunning but There were parts where the quality would drop in the art and there were definitely a few parts, especially while fighting , where you could CLEARLY tell the used the same set of frames from a different fight.

i loved it. it was so bad that i was dying laughing at parts. if you are looking for a serious anime then look somewhere else but if you're just looking for a fun time try this one out.