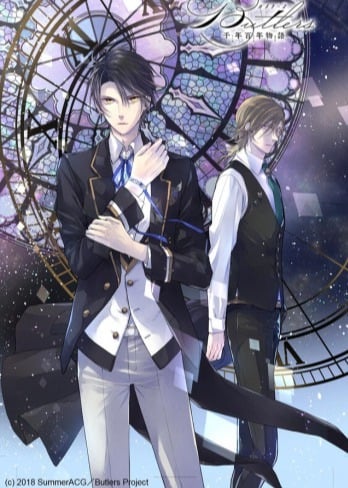 Through a series of events, the cavemen Flint and his father were turned into fossils in prehistoric times - only to be found in the 25th century and brought back to life. Flint becomes part of the Time Bureau, an organization tasked with finding time shifters that have been scattered throughout the ages by the evil Dark Lord. Alongside Tony, Sarah, and his still-partially-fossilized father in the shape of a stone axe, Flint will travel through time and find the time shifters before Petrafina - the Dark Lord's minion - can get to them first! From Christopher Columbus to ancient samurai, Flint and his friends will meet a variety of famous people and have plenty of fun along the way.

IRODUKU : The World in Colors

In a world in the future where magic is still a part of everyday life, 17-year-old Hitomi Tsukishiro, a descendant of a family of mages, lost the ability to see colors when young and has grown up into a girl devoid of emotion. Concerned for her future, Hitomi's grandmother Kohaku decides to send her back through time to the year 2018, where she discovers a world where vivid colors spring forth.

Super Jetter comes from the 30th century, but after fighting the villain known as "Jaguar" he ends up in a time machine that sends them back to the 20th century. He meets a young girl named Kaoru whose father is the Secretary of International Science Bureau of Investigation, Saigou Mizushima. With his super abilities, Jetter is asked by Mr. Mizushima to help keep peace in the 20th century. Jetter has superior intelligence and strength compared to those of the 20th century. He has futuristic abilities such as being able to stop time for 30 seconds, an anti-gravity belt, infrared goggles, is bulletproof, and has a paralyzing gun.

RErideD: Derrida, who leaps through time

In 2050 engineer Derrida Yvain is famous for his contribution to "Autonomous Machine DZ," at his father's company, Rebuild. But when he and his colleague Nathan discover a dangerous flaw in their creation, their warnings go ignored. The next day after Nathan's daughter Mage's birthday party, the group barely escapes an attack by unknown forces, leading to Derrida's unwitting captivity in cryogenic stasis. Ten years later, he emerges in a world at war with the mechanical lifeforms he helped create. Now, he fights to survive his nightmare future to make good his promise to "Take care of Mage."