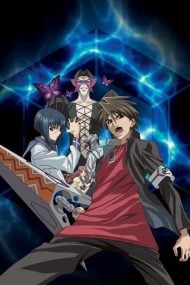 This anime is fantastic. Okay, for those still reading lets dive into this review! There are certain patterns I see in a lot of anime's that I am sick of seeing, and I get sad when an anime falls into these patterns but somethimes they manage to break free, which makes me oh so happy. Pattern number 1: guy accidentally wanders into a bad place, gets killed, resurrected, and then joins forces with who ever saved him. Pattern number 2: Girl moves in with guy, que sexual tension Pattern number 3: Give protagonist awesome powers, make each episode stand alone and have him always with with these powers These are present in this anime but not always around. (minor spoilers) guy and girl kinda live together but aren't all weird and sexually confused, they are more concered with actually getting sh*t done. Guy does get killed and resurrected and joins forces with group that helped however each episode is not a stand alone story, when new people get introduced they are not killed off at the end of the episode they usually matter and will continue to. *If you're only going to read one part read this part!*  Everything being taken into consideration, this anime follows some bad patterns but manages to save itself from cliche sadness. This is worth a watch! The main girl and guy characters are both great and interact great together. This anime isn't the best thing I've ever seen but it has a special place in my heart for being an action anime with touches of all sorts of other elements but never really losing track of any of them, please watch it.

Busou Renkin is your typical action shonen, which stands a step above all other mediocre shonens by ripping the hell out of several ideas from various other successful shonen. The end result is completely average but to anyone back then who was unfamiliar to the “big three” Jump shonen as we call them today, it appeared to be much better than it really is. I guess that only proves how the genre is just rehashing the same old stuff instead of going for innovation... but that is a different story. For now let me tell you what this anime is all about.The animation is done by Xebec, so you can’t hope for anything above an average overall. These guys never manage to create something good and definitely never something great. Directing is done by some nobody who never managed to produce something worthwhile, so his name does not deserve mentioning. The story starts with a typical teenager getting killed by a monster and being resurrected by a supernatural girl, who immediately makes him his aid in tracking down the monsters. I bet you already have images of 3X3 Eyes, Bleach, and a dozen others crossing your mind. I’m not saying it took the ideas straight from those shoes; rather that they are so commonplace you end up comparing the similarities to the most memorable ones. The monsters in the story are called homunculus and they are created by alchemy. Now what does that remind you of? Anyway, on each episode the duo fights a homunculus and/or trains to get stronger and fight stronger monsters and their masters. Those who manage to master their power, have huge auras surrounding their bodies and their hair go straight up, change color and start to glow. NOW WHAT DOES THAT REMIND YOU OF??? And the lead is slowly taken over by the dark side of his powers too. ANY BELLS RINGING???I could go on with many further examples, like how most of the classmates are look-alikes from Bleach, or how there is this secret society of alchemists fighting evil members of another secret society, and so on, and so on. All that are present in 90% of all shonen and as much as one wants to treat each anime as a stand-alone work, ends up losing interest because other shows are too damn similar and too damn better at showing the exact same thing in a more interesting variation. Variety is the spice of life, even the anime viewer one, and this is a fine example of how a show that can have a fine application of the established formula ends up being forgotten by others who simply have better production values or more advertisement. So at this point it is easy to figure out how story and characters are quite typical and under normal circumstances should both take the base score. Which is true, if the anime didn’t have any memorable ones, and so happens it has two of those. And no, it is not the lead chick, who is a Rukia rip-off, nor the lead male for being Shonen Hero TM. I am actually referring to one villain-gone-antihero later on, named Papillion. The guy is amongst the most extreme cases of gay coolness I have ever witnesses. Ok, I know most of you will probably point me at Star Driver but over there everyone is FABULOUSLY gay, while here he is the only one. That means, he stands out in the crowd and is thus far more funny and memorable. He also belongs to the crazy villain becoming crazy ally category, which makes him even more interesting as a character, unlike all the rest who are pretty much stuck on the same role and are soon forgotten because they are all look-alike to some other show.The second character is a minor villain named Moon. He was memorable for his ridiculous head and his even more ridiculous yelling of his name and power. They guy was pure insanity and I liked him for that.I see no reason to (try to remember to) describe any other characters. Most of you will just imagine I am referring to some side character in Bleach or FMA, anyway. Yes, they are THAT generic.The story is also better than average for the simple reason it is not stretching a simple quest to last 500 episodes, nor it throws in entire filler arcs. The plot and the overall story may be generic and predictable but it is only 26 episodes, enough to cover two story arcs. That is a feat for a shonen show and I give it a thumbs up for that. The visuals and the action are not bad either, as some battles require a strategy and teamwork. In fact, the entire theme of the show is to chose teamwork over solo god-level status, which ends up turning you into a destructive monster; which is a nice theme actually. The opening theme is also extremely blood-boiling and offers you a nice first impression of what to expect. Here it is BTW:(video contains spoilers) http://www.youtube.com/watch?v=xo6GWfIQamAVoice acting wasn’t bad either, especially to those two guys I mentioned above. Sound effects were otherwise nothing special. So in overall, was this anime worthwhile? Well, it sure was a lot more back when it aired but in a few years its novelty faded away for not having enough things for you to remember or rewatch it. Not much innovation as I said. I guess it is a nice time-killer if you got bored of Bleach and your expectations are not high. Otherwise, it’s a pass.

Story The storyline in this anime is very typical. Without watching any episodes you could probably guess quite accurately what happens. That being said there are certain instances where it borders on good.   Animation The animation was solid. Not good, not bad just solid.    Sound The music and voices were O.K., although some of the voices, for the annoying characters do not help their cause, the main antagonist in particular. Although it has to be said that is kind of what is being aimed at.   Characters O.K., nice development in places. Some very annoying characters though. Some of those annoying characters end up with a strange amount of screen time towards the end, which does make them more annoying. The most annoying part is the protaganist who is pretty much a carbon copy of every other protaganist.   Overall No real ‘WOW’ factor, nothing to really make it stand out in the crowd of very similar anime. 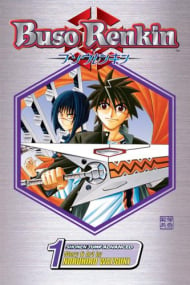