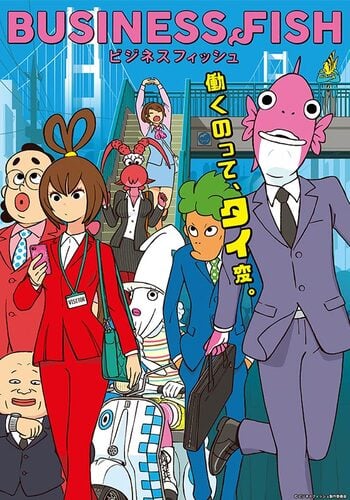 Shirokuma Café revolves around the everyday lives of a group of animals mingling with humans at a cafe run by a polar bear named Shirokuma-kun. His animal friends include Panda-kun, a lazy but well-meaning panda bear; Penguin-san, a sharp-tongued penguin; and Grizzly-san, a grizzly bear with a wild personality.

Raion Den is a really really timid salaryman. He also is a lion.

Web manga about a misunderstood, intimidating koala in a school for humans and anthopomorphic creatures alike.

The story revolves around a not-so-normal high school girl with the surname Inui (a pun of the word 'dog') who happens to be a dog. Together with her best friend Rurumi Usagi (pun of the word 'rabbit'), Inui plays around and falls in love.