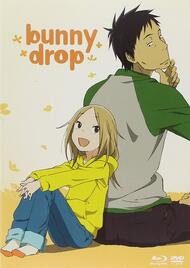 Secretly Running Away From Home

A Typhoon Has Come!

Story: The slice of life is very realistic and beautiful, tugging at the heartstrings of such sensible orders life has to offer. It may make you laugh and may make you cry - tears of both joy and sorrow. It is about a 30 year old bachelor named Daikichi who adopts and raises a 6 year old girl named Rin. The storyline is heartwarming, relatable and endearingly captivating. These two main characters teach each other what it means to love and sacrifice along with understanding, not only each other, but understanding the means of life and its daily experiences. It was touching with a peaceful pace and gentle humor. Animation/Art: The anime is full of pastel colors, similar to water coloring. The look has a softer and simpler feel to it which compliments the characters nicely. Sound: The sound isn't particularly outstanding but with this type of anime, it is not needed. There were parts where the sound underlined the scene beautifully and fitted the situation as needed. Characters: The characters in this anime are very special because they seem so realistic. The two main characters, which the anime focuses mostly on, are very much believable. Daikichi hasn't had anything exciting happen in his life since becoming an adult. He is patient, kind and also a dedicated worker. Rin is both innocent and mature, bringing such adorableness to everyone's life. We meet several other characters and though they may not play as major of a role, they certainly aid to the support of the storyline and character development. Overall: Bunny Drop is a sweet and warmhearted slice of life watch. It targets all ages and it is very relatable. The human interaction and the innocence, leaves the audience with such a happy, fuzzy feeling. It may be a slower pace for some but the "true-to-life" experiences is what makes the anime so special. Secret Santa Review 2017 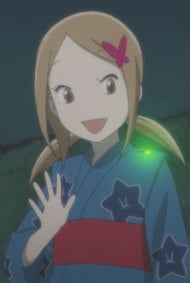 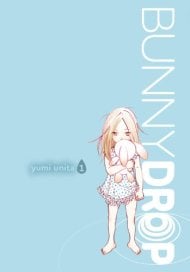