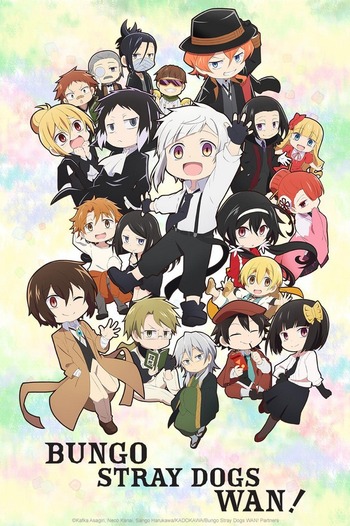 The characters of Durarara!! have been made small and are going on a rampage in Ikebukuro! Lots of things are happening today on these streets where reality and illusion mix together!

Overlord is back with a humorous four-panel twist that'll have you rolling on the floor! Featuring the Great Tomb of Nazarick and your favorite characters, Overlord guru and extraordinaire Juuami is here with a new spin-off of the super-popular series!