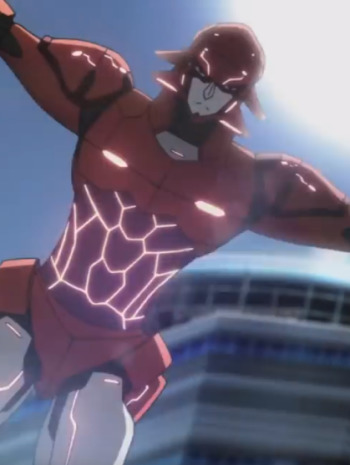 A sanctuary wrapped in flames ... The world was about to be closed to darkness. The golden Saints gathering there were waiting for the deeply related gods. The final battle of the Golden Saints finally begins!

After Japanese-American FBI agent Taki Kazuya and Kamen Rider 1 defeat a bat monster, they decide to contact the former riders including Stronger to investigate the appearance of monsters attacking them and civilians. Their investigation reveals the coming of an alien empire out to destroy the Earth, finishing the work that Shocker and other terrorist organizations have failed due to their defeat at the Rider's hands.