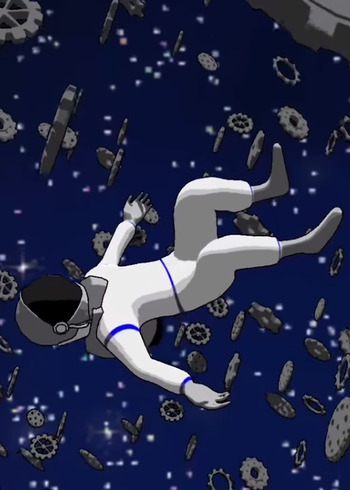 The story centers on Akari who buys a dummy head mic and enters the world of ASMR. As her childhood friend, "you" also start to learn about ASMR as well.

The anime takes place in 2102 where future has advanced beyond what was imagined in the 21st century and in 2016. 17-year-old Nami is a high school girl living everyday happily without much thought. A recent increase in "guerrilla heavy rains" has caused to her start worrying a little. She encounters 10-year-old You, a mysterious girl from the near future.

The dark comedy follows Mrs. Warabi's family, who are unable to suppress their desires and tend to repeat the same mistakes in their lives.

Earth is about to be destroyed by a meteor! The beautiful Sayo is told by the upper management at her mysterious organization that the only ones who can save the planet are three girls named Kyouko, Asuka, and Mirai. Although skeptical, Sayo brings them together by telling them they're going to train to be idols. They're raring to go, but for some reason, she leads them to an arcade...