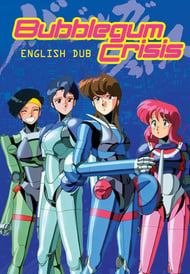 StoryWith the threat of nuclear annihilation never far from their minds, people in the eighties speculated a lot about the future, and seemingly with despair. The 21st century would be darker and more lawless, and shady guys at the top would determine the fate of the hapless masses at the bottom. Movies like Akira and Wings of Honneamise project the pessimism of their age onto the future, and Bubblegum Crisis is very much a part of that club, albeit with less intellectualism or art and far more guns and pop. Its setting is a good old-fashioned gritty post-apocalyptic dystopia in which society loses its grip on ordinary things like law and order but still manages to develop technology too sophisticated for its own good. The opening montage takes us across a murky, littered Tokyo cityscape to a grungy night club where one of the main characters, Priss, slaps on her makeup and struts onto the stage to belt out a sultry rock ballad. Interspersed with this are violent scenes of the city’s AD Police (cyborg crime division) trying to apprehend a boomer (cyborg) gone rogue. These officers hop into their sleek sports cars, sunglasses and all, and they talk like they were living in Lethal Weapon. Meanwhile, the boomers look like Terminator rip-offs, with glowing LEDs for eyes and organic looking wires growing out of them like intestines. This no-nonsense introduction sets up the precarious and violent human-robot relationship with moody overtones and the rest is just more of the same. Moreover, life is tough. Many of the episodic plots revolve around the underhanded politics of a powerful cybernetics company, Genom, and the innocent lives that get caught in their manipulations. In one episode, a young lady accuses a team of power-suited female Genom robots of having killed her boyfriend. Later, those robots manage to corner her in an alley and the results make for heart-wrenching viewing. Among the relentlessly grim sequences of subterfuge, revenge stories, and frustrated heroism, only the crime-fighting heroes, the Knight Sabers, retain their morale and objective sense of justice. However, although the world is dark and complex, the people that inhabit it and the stories they develop are not. The bad guys are only that - bad for the sake of bad - and the stories formulaic. Whatever the problem, malfunctioning boomers are usually at the root of it all, and the only way to resolve it is for the Knight Sabers to crash someone’s scheme with heavy artillery. Few of the narratives attain any greater relevance than what happens in their particular episode, and certainly neither the political or social contexts of the world nor the characters get more than cursory development. For instance, no one ever pauses to explain how the girls came about their unique battle suits and are able to develop its technology, and the wider relationships between humans and boomers is left implied.AnimationIn the beginning, clunky choreography sucks any sense of dynamism out of what should be exciting action sequences. Luckily, this is a temporary flaw; the animation morphs over time, with the most striking change happening between episodes three and four. Suddenly, there are fewer details in the backgrounds and character designs but the motion is smoother, which creates a far more appealing look. By the last episode, the show delivers some pretty impressive stunts with cleaner imagery and fluid movements.SoundIf viewers will take anything away from Bubblegum Crisis, it’s the soundtrack. The numerous original pop songs (at least one new entry every episode) synchronise with the action sequences to form what are essentially music videos. Soundtrack aficionados will find the catchy tunes and sultry lyrics quite the harvest.CharactersMeet the Knight Sabers: Sylia the wealthy, elegant leader of the pack; Priss the wild, aggressive one; Nene the cute and ditzy one, and; Linna the harmless girl next door. The novelty of tight moulded metallic suits and tough girls doing tough things may be what makes these ladies attractive, but the script generally avoids treating them like cheap titillation (the one or two topless shots in the generally non-sexual events come across like afterthoughts). They convincingly combine sweet femininity with hard professionalism, and thanks to their diverse personalities, each viewer should easily be able to pick a favourite. On the other hand, their unique identifiers cover up a dearth of character development. Of course, the bad guys are the usual one-dimensional suspects of wacky scientists, mean politicians, and sinister CEOs, but I find the little attention paid to the Knight Sabers surprising and disappointing. Their lack of reasons for taking up this tough mercenary role is a glaring omission that leaves them hollow and ultimately unsatisfying. Sylia’s Bruce Wayne-like history feels especially underdeveloped considering it strongly relates to their fight against Genom. Only Priss, whose street-wise aggression and sharp language never fail to delight, comes close to being an exception. With her ballsy attitude and double act as crime fighter by night and rock princess by… night, she embodies all the vicarious desires of anyone who loves a tough gal. Some of her best moments include her interactions with Leon McNichol of the AD Police, who plays the Martin Riggs role (minus the self-destructive mania). He’s unabashedly besotted with her and she unabashedly never lets him have it, and together they cook up sexual tension the way it should be.OverallDespite the misleadingly quirky title and a main cast of cute females, Bubblegum Crisis is no squeaky clean shoujo about bubblegum. The only things that blow up are warehouses… and robots and cars and science labs and offices and building sites and anything else that needs to taste vigilante justice. Splattering orange robot ‘blood’ and full frontal topless shots come gratis. Above all, while the self-contained narratives disappoint with formulaic progression, this show has a bold and feisty atmosphere that puts to shame the bland, paint-by-numbers offerings of today. Besides, style over substance is not always bad when it’s this much fun. 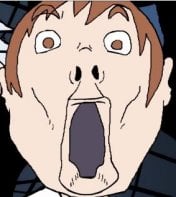 Let me start by saying this; Bubblegum Crisis is so 80's it would make Jon Bon Jovi cringe. The animation, the Blade Runner style setting, the blatant fan service (in the first two episodes), the music... EVERYTHING about this screams 80's.And I think that's what makes it so badass. The story takes a while to really get going, but is basically about a group of four girls who don powered armour and fight various bad guys, mainly the company Genom and it's rogue robots, Boomers. It was actually quite interesting from episode 4 and on, but the first two episodes in particular were quite bad, and almost put me off, but I'd say it's worth sticking to. The setting of Mega Tokyo is a fairly well realised cyberpunk city, complete with lots of oppressive cement buildings covered in neon signs, and the animation is good for the most part, although it can be occasionally jumpy. The music was generally great. I loved the ridiculously 80's synthpop and rock vibe  it had, and I'm now strongly considering downloading alot of it :)However, I didn't like any of the songs with vocals, they were just kind of cringey in my opinion and I'd usually skip over the segments with non-instrumental songs if there wasn't anything intergral to the plot going on.The voice acting seemed fairly good to me too, in the Japanese version at least. I watched all of the series with subs apart from episode 3 which was the English dub, and I've got to say, in the English dub I couldn't stand Priss' voice! It really annoyed me for some reason, and so I switched back to the subs for episode 4 and I'd recommend anyone who watched it to just go for the subs. The characters themselves were fairly good; for only eight episodes they were fleshed out and likeable. The powered armour suits that the girls wear are very distinct and well designed, and the Boomers are well designed too (in particular I found how their skin rips off when they begin battling to be "awesome").Overall, I'd say that Bubblegum Crisis is worth a watch for anyone interested in sci-fi (or ridiculously cheesy 80's music). 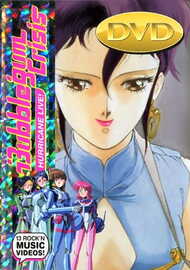 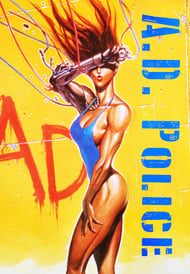 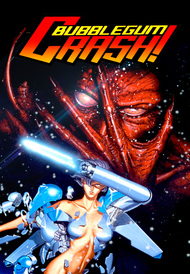 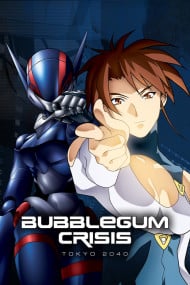 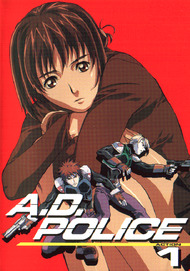 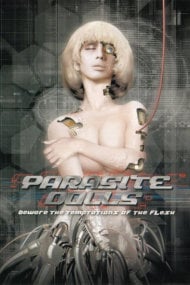 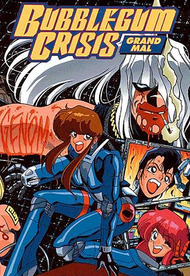