BTS: We are Bulletproof - the Eternal - Reviews 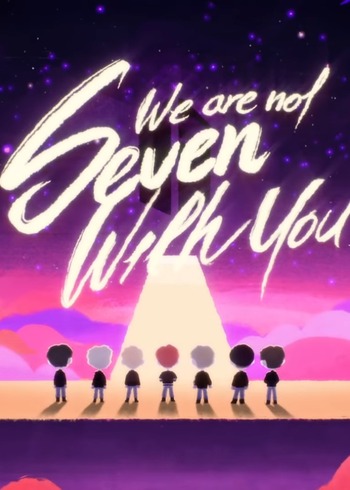 The MV for BTS: We are Bulletproof - the Eternal was released during the 2020 Festa promotions. BTS Festa is an event where BTS celebrates their debut anniversary with exclusive content for their fans, and 2020 was a particularly significant year as it was their 7-yr anniversary as well as the enddate for their current contract. As such, this song and MV holds an especially important meaning for the fans.

Contary to popular belief, the kpop industry is ruthlessly brutal and demanding behind the glitz and glamor of fancy stage outfits and lavish YouTube videos. Held in low regard compared to the other music and entertainment artists in Korea, Kpop idols are subjected to years of grueling training with uncertain promise of ever being able to debut in a group. Additionally, very few groups ever reach enough success to gain public recognition, and the odds are only diminished for a small no-name company such as Bit Hit Entertainment. BTS (also known as Bangtan Sonyeondan, 방탄소년단, aka Bulletproof Boy Scouts a name that will never be cringe i'm sorry) was also unique as some of the members had experience in Korea's underground hiphop/rap scene prior to joining BTS. Thus, their involvement into kpop faced criticism and judgement in both areas: the underground saw them as "betraying the authencity of hardcore rap and hiphop to join a flowerboy boy group," while the polished kpop industry was also initially unaccepting of their rap-focused songs that spoke out about social commentary.

This MV is a reflection of those exhausing first few years, of the days when the members had spent years living in a single dorm in a bankrupt company, struggling to train to sing and dance while continuously facing hate and discouragement from everyone around them. Numerous scenes from their previous songs MVs are seen throughout the video, from their debut song "No More Dream" (infamous for RM's hair styling among other things), to others like "Run" , "Spring Day" , "Not today", their Love Yourself World Tour, and ending with the final ending scene from "Boy with Luv." As the members go through each music concept era, their lyrics reiterate their hardships as well as the hope and love they received from their fan's support. This song and MV is their gift to their fans, a dedication of both BTS and ARMY's journey with them together through times of struggle and hardships and times of achievement and success.

Even if you aren't fan, the lyrics will resonate with anyone who has ever felt powerless and isolated in the face of adversity, and hopefully inspire a sense of hope. If you are a fan, I hope you enjoy the countless easter eggs and hidden meanings scattered throughout the video (there are 2 just in the title hahaha).

(The animation is done by Studio Privote, who also animated IU's "Eight" MV, which is also another tear-jerker MV with hidden meanings in the lyrics).

Lol I was surprised that I saw BTS here kekeke

Needs more Taehyung. Sounds weird, too much autotune, no fair lines, and it's cheesy.

Wasn't expecting to see BTS. 🤍Even though I love that band, I wish the graphics were better. I expected more.