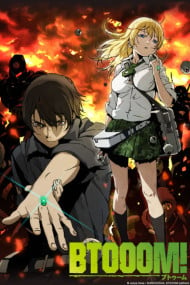 Btooom! is unoriginal and stupid. The plot is ridiculous, the characters unoriginal, and it is yet another incarnation of the "play or die" type show. There are the standard angsty cliches. There is everything that is aimed at the middle-school boy. But you know what? Btooom! is plain awesome. It is fun, it is cool, it just rocks. Fast paced when it needs to be, slow paced when it doesn't. It starts with good, and then just keeps the pace. The animation is gorgeous, the sound top notch, and there is a distinct lack of pretentiousness to everything. Btooom! doesn't pretend to be a philosophical masterpiece. It is also not a self aware parody (*cough*Kill la Kill*cough*), but rather is just straight up what it seems. In a landscape where all anime seems to try its best to add a special twist to make itself stand out, there is a distinct lack of shows that just try things that are proven to work. Ironically, by adhering so much to tried and true tropes, Btooom! feels unique. Refreshing actually. The problem? There was obviously another few episodes left in the tank. If this was just the first season out of two, this could have been the best "play or die" series ever. Instead, meh. Writing (Story and Characters): What can I say, Btoom! is just well done but ultimately nothing special in the story and characters department. That being said, it doesn't intend to do anything special, it intends to do it right. And that it does, with flying colors. There are the parts which are over the top, as can be expected. But hey, they don't pretend that it's Melville. Childish, immature, aimed at teen men, unrealistic, ridiculous, you get it. You know what? This is also written in a way that turns of all disbelief and allows you to just enjoy the ride. Sure, like many types of anime, there is a lot of forced connection between the characters. Yes, there is an overdose of introspective monologues at times. It needs to be mentioned: the series ends in the middle. Btoom! could, and should, have been at least three episodes longer. And yet it isn't. While on one side, it ends without wearing out its welcome, it loses out on things like resolution and you know... actual story. Of course, the advantage of it is that it remains purely battle-arena-centric, rather than going out on grand philosophical notes (a failure of everything from Battle Royale to Fate/Zero). Art (Animation and Sound): What can I say? Madhouse have done it again. The animation is top notch, the sound effects are wonderful, the soundtrack is very fitting and keeps with the cool vibe of the series. Btooom! is a tour-de-force in how to produce anime. It doesn't use very artsy tricks, it doesn't use heavy effects, and it doesn't need to. There are very few parts where the lack of motion is something you will notice, and that usually ranks high in "things that annoyed the hell out of you without being able to put your finger on it". Actually, lack of movement is used very cleverly when it does happen, usually in situations where the tension is very high. It is not perfect - there are still the moments where you can see that a bigger budget (more animators) would have given us more dynamic backgrounds. But you know what? *CLOSE ENOUGH*. There are no aspirations for higher art, despite the occasional artistic spark that's used. That would be completely wrong for something like Btoom!. Of course, there are gorgeous backgrounds, amazing character designs, and even the obligatory stock characters (fat guy with big mouth, musclehead thug, etc) aren't pushed towards extremes and are given their own distinction. The sound production is tight, the voice acting is good (if over the top occasionally, just like the series itself), and overall, Btoom! is just rocking. Overall: So close. So close to perfection. Three to five episodes more, and this would have been the best battle arena / play or die / game to the death type series ever. Still, this is well worth it if you just want to let go and have some fun. Btooom! is earnest, clean, and most of all enjoyable to the extreme. I am just raging at the ending, as most people do. 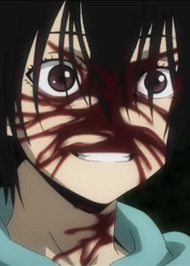 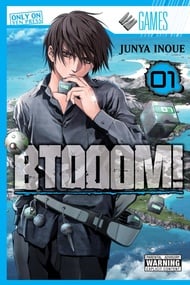 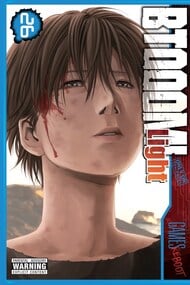 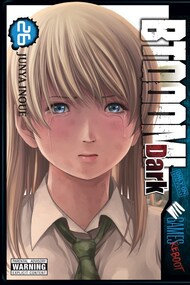