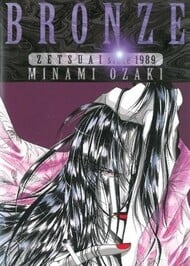 StoryMy first thought after finishing Zetsuai Bronze 1989 was to mourn the precious hour I lost watching it. I remember I had some washing to do, and my desk, so cluttered with stationary and books and the odd crumbs of cake, definitely could have done with a tidy; I regret not having the foresight to know that doing anything other than watching Bronze would have been a better use of my time. While its predecessor, Zetsuai 1989, has a cheesy sort of charm comparable to a preposterous and yet terribly addictive American soap opera, this awful sequel just bores me to distraction. Opening pretentiously with the recital of a love poem (accompanied by a wedding planner's idea of mood music), Bronze gives the impression that what's to follow will at best be a mystifying journey through the angst-ridden romance of a couple of horny teenagers. In fact, this unfortunate penchant for the literary is carried on throughout as every damned romantic scene is narrated by whispered monologues no better than adolescent free-verse poetry. The worst of these cases involves Izumi stumbling towards a comatose Koji, blaming the sudden pain in his old scar on the love he shares with him; hmmm, yes, powerful stuff indeed as love literally cuts like a knife, but it leaves a lot to be desired where subtlety is concerned. Although fully coherent, the fact remains that Bronze feels less like a continuation of the story and more like a shameless rehash. I was hoping that there would be a practical attempt by the lovers to reconcile their incompatible careers and thus give their relationship a realistic chance. A subplot about Izumi finally overcoming the ghosts of his tragic past would not have gone amiss either. Instead Koji just gets into another traffic accident, falls deeper into depression about chasing after Izumi, while Izumi continually tries to reject Koji's advances only to get angry about his failure to do so. New faces emerge, such as Koji's random brother, but his purpose is quite unclear until right at the very end; he certainly brings nothing fresh to the already meagre table. Knowing that nothing would crop up that I hadn't seen before, I lost interest quickly and instead started to reflect upon the meaning of the phrase ‘to kill time'.AnimationPresenting a grainy, colourful animation concept not much different from others of the early nineties, Bronze nonetheless manages to pull off what I consider the ugliest character designs I have had the displeasure of coming across. Most of the time the men are just horribly angular, but there are other moments when the animation becomes inconsistent. For example, during an early bedroom scene when Koji starts making love to Izumi, the sudden disproportion of his limbs and the paleness of his skin put me in mind of Gollum from The Lord of the Rings. Needless to say, watching a transmogrified Japanese hobbit making the moves on a dazed-looking teenager really killed the mood as far as I was concerned.SoundThe day Bronze was born was not a good day for soundtracks. Consisting entirely of a cheesy script performed by barely passable voice actors and missing all the catchy-but-mediocre J-pop that makes the first one less bland to listen to, Bronze should definitely be seen and not heard.CharactersBronze for the most part has its hands full trying to string out a thin, shaky premise to form a coherent story; such a feat would be impossible with even a mildly reasonable cast. For that reason every one of the characters is situated on the extreme ends of the personality scale. Izumi is just angry - angry at life, angry at love, angrier than a spotty fourteen-year old pumped full of growth hormones. Koji on the other hand is confused - confused about his career, confused about his worth, and confused about Izumi's anger. All the while, Izumi's sister is hapless - haplessly devoted, haplessly pointless... you get the gist. As perfectly as this serves the whims of the plot, it also means the characters react in ways which makes them look completely out of their minds. What is the most regrettable is that the prequel has a modicum of potential, namely in the form of Izumi's backstory; his tragic family situation almost draws enough sympathy to overcome his terrible personality. While Bronze provides a flashback to finally explain the momentous events of Izumi's past, it actually has none of the relevance here that it does with Zetsuai 1989, and thus has no emotional impact whatsoever.OverallAs far as level of enjoyment is concerned, this one is a no-brainer. There is a chance, albeit a very slight one, that hardcore shounen-ai fans will find some worth in Bronze - after all, in the world of anime anything is possible; but when it comes to anyone else, I would recommend doing something more productive. Maybe give your toenails the trim they finally deserve. Maybe do some homework. Maybe just sit and do nothing. 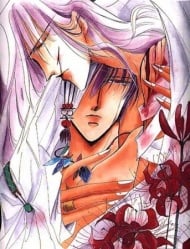 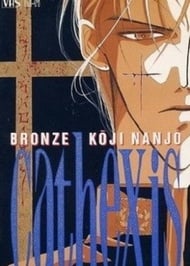 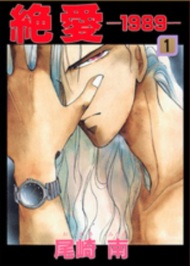 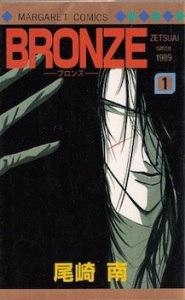 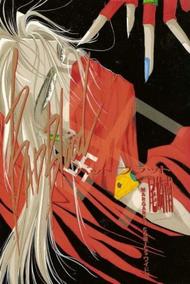 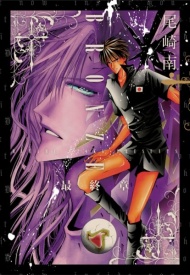