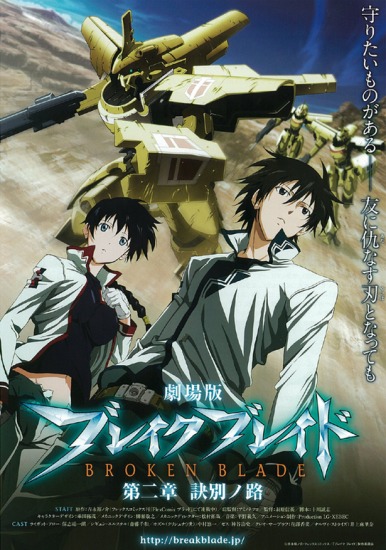 If you're looking for anime similar to Broken Blade Movie 2: The Path of Separation, you might like these titles.

The Robotech Expeditionary Forces have returned to Earth and are fighting a desperate battle to retake the Earth from the Invid occupiers. Humanity believes it has finally found the edge in new technology shared with them by newfound friends, but as the fighting continues Scott Bernard finds out that there is more going on then anybody could have imagined. Are the Invid the real enemy, and what is happening to Admiral Hunter? Humanity may end up having to fight for more than just its home world...