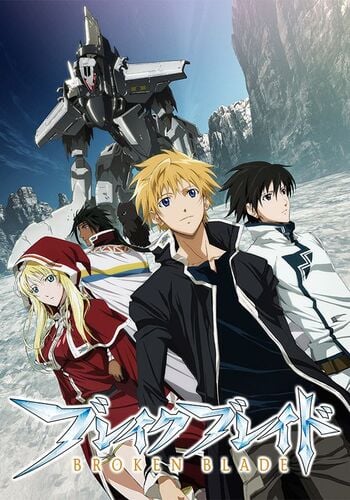 I'm not normally a "mecha fan," with the exception of Evangelion, Code Geass, and Gurren Lagann. I picked up Broken Blade because I thought the designs and battle animation looked promising. It's six episodes long, with each episode being longer than the norm (45 min).***PROS***MECH DESIGN/BATTLE ANIMATIONThe mech's look great. They have a more realistic appearance than most: They're covered in dings and scrapes, and their movements give the welcome and much-needed impression of weight/gravity. The battles in the beginning are somewhat plain (focusing on familiarizing the audience with their projectile weapons, which fire steel spikes). But once they move on to close-quarters combat, the show starts to shine and flex some intensity. If you like long battles that don't start and end with a single attack, then this series is for you. These things take a beating, and the pilots must use strategy to achieve victory. The final boss battle consumes an entire episode. Thank you.***CONS***STORYEveryone in this story uses a power called "magic" (I know, what a concept) to move all items considered technology, from toasters to robots. Our hero can't use magic (he's special), but at least they've unearthed an ancient mech that no one except our protagonist can use. He's reluctant to pilot it and doesn't want to fight in a war, as he's a pacifist at heart. Sound familiar? Because it's the base-level theme of every popular mecha anime. The goods news is they get that cliche out of the way in the first episode and MOVE ON. He pilots it and starts kicking ass, and the story changes gears. The politics and character motivations are simple. The princess makes some pathetic attempts at winning the heart and mind of a captive enemy by having sexy slumber parties, and the bonds between characters remain surprisingly thin. It's not bad, but it's not good either.LENGTHThis story could be told in two hours (instead of six). Otherwise, it needs to be an entire 26-episode series, wherein they could fully develop the characters, explore the world of nations they've created, and let their story mean more than it does.VOICESThe main character looks to be about 18, but his voice actor (English dub) sounds 10. It's jarring and takes a while to . . . no, you never get used to it.This is a decent mecha anime. The combat is fresh and rewarding. There are some intense battles and a mildly entertaining story. There just needed to be either more or less. What they have here is adequate. Watch first, before you buy.

Like the other guy, this will be for all 6 movies all well.  Dear Reader, take this series like a cup of milkshakes.  There is no such thing until now.  Ha.  If you don't get it, get out of here.  You should be able to see what i did there. The story is one to question until the movie keeps on rolling.  Will this be like some cliche other mecha anime i have seen before? No, it won't.  How do i know this?  Because I control this review so thus, I know.  A young lad is a loner in a world filled with magic, where everyone can control at least a tiny bit of magic.  Our main character can't control an speck of magic.  An outcast.  But with his uniqueness, we all know what's to come.  He has the ability to control what no other normal person does.   Thus our ever engaging story begins.  Though this is basically an anime with mecha, it doesn't feel like a mecha does.  I mean, i don't care for gundam but i enjoyed this.  Krishna is being besieged by Athens whom have an economic problem.  Their only option is to conquer Krishna in order to survive.  Thus the king of Krishna has requested our main characters help in order to stop Athens, or at least help the king decide what to do.  This anime has a subtle bit of romance and plenty of war tactics.  Guerrilla tactics and plain and simple suicide runs make this anime a impressive watch.  Watch as Krishna defends itself from an impending doom, all while our main character discovers his rare ability. The animation is high standard.  I mean, for being so recent, it has that new look.  A clean feel.  Everything is so crisp and the mecha's look like they just got a wax or went through a mech-wash. Damn, the sound was nothing special.  As i write this, i really can't remember any songs or anything remotely close to what is in this anime.  I imagine the opening was pretty good and I'm sure there was some battle themed music. By the end of the 6th movie, the character was a bluty mess.  Britain speak.  There is great change and great realization.  I mean, the main is fighting in a war, war changes everyone.  Even the unchangeable.  He sees unspeakable acts of courage and undeniable acts of death all while trying his hardest to stay sane.  The main keeps his cool as he remembers the good times with his dear old friends.  The only good memories. Overall these movies are pretty badass.  The best part about the anime though, is one can tell the difference between the enemies.  In the manga its extremely hard.  Plus, this anime goes right up to the latest chapter of the manga.  Can't beat that.  The story in genuine and the pace never breaks.  Watch these movies, you will be impressed.  I said so.

In case you haven't read many of my reviews, I have previously said subtly, or casually, and at times bluntly, but perhaps most of all, in harsh words bordering expletives expressing loathing of the deepest nature, that I think shounen is bad. And by bad, I mean garbage. And by that, I mean definitive proof that humanity deserves to go extinct. And by that I mean that enjoying it should be carry a death sentence and sterilization of the parents of said hellspawn. The way I feel about shounen is only eclipsed by how much I hate mecha shows. From their lame justifications of why giant robots rather than things like "canons" are needed, inconsistent rules that manage to ruin any semblence of logic, the way they are actually an excuse to use a lower budget than fight scenes involving people or anything that requires fluid animation, and the fact that their wow factor was lost somewhere in the 1980s... there are so many things wrong with the premise unless it is given special care. And by special, I mean as in "special education", not as in "special and unique snowflake". There are exceptions to this. One show even managed to have both and was supremely enjoyable. So it is possible to overcome the mountains of hate I feel for the genres. Break Blade Movie 1: Kakusei no Toki manages to do so... partially. Oh, we still have the social outcast who discovers he has a special power despite no one believing in him. Of course he saves the day. And of course it is going against "impossible" odds. Don't forget the screaming while attacking despite it making no sense. Still, Break Blade Movie 1: Kakusei no Toki is not nearly as bad as I expected. It is obviously an opening for a series, and as such could do far worse. We get some character exposition, an understanding of the world, and the premise explained. It is too short for any real character development. The story is generic, and doesn't take a light hearted nor a self-aware approach. But the writing is overall very well executed within the constraints of the genre. It is a solid start for a series, and while it doesn't completely overcome the limitations of shounen/mecha hybrids, it is at the very least not moronic about it. The artwork on the other hand is a mixed bag. While the backgrounds are gorgeous, the character designs sharp, and there is a strong visual theme to everything, there are too many moments where the movement is forgone for the sake of a still picture. The fight scene doesn't have much of a wow factor. The sound is surprisingly serious in tone, which on one hand gives a very cinematic feel to everything, but on the other hand doesn't allow for a full emotional range for the viewer to experience. Still, Break Blade Movie 1: Kakusei no Toki is enjoyable. It is most definitely not the completely stupid shounen show I expected it to be. The writing is restrained and patient. But more than all that, it makes you want to see the next movie. For people who don't hate shounen and mecha stuff, this should be totally awesome. 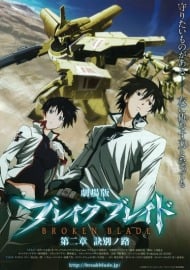 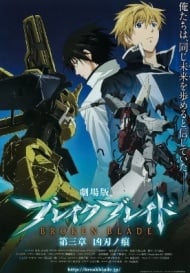 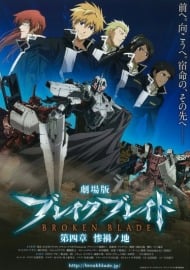 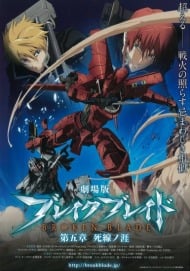 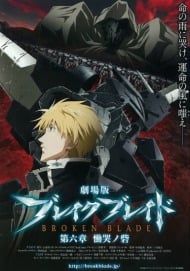 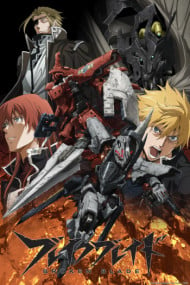 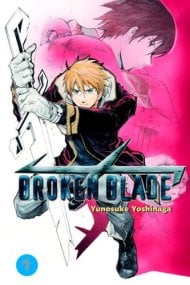