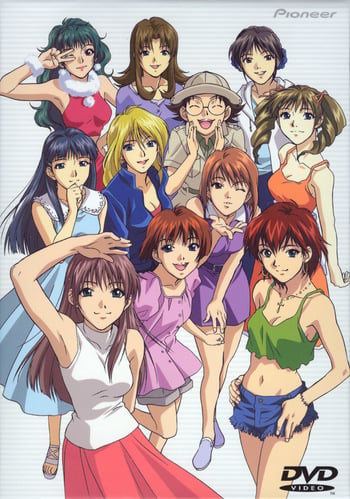 Story
Boys Be is a set of tales that encompass many of a group of friends in high school. With a storytelling that is very similar to Kita-he, each episode or few episodes is dedicated to explaining a new relationship or situation with one of the people of the group. The focal point is definitely Koichi and Chiharu, though... two budding lovers who will experience great joy and sadness. While each story is seperate, they all still remain interconnected through each other's friendship and companionship. This is a step away from Kita-he, where the characters are COMPLETELY seperate. The stories are almost 100% based on love, so if you don't like love stories, this isn't for you. But unlike other flat out love stories, Boys Be is more melancholy and focused on change, so it is refreshing. Perhaps not a unique concept, but executed very well, with a moving touch.
Animation
Really, the most mixed bag of them all, but the majority was fantastic, so I gave it an 8. Most of the time, the animation is absolutely stunning. Beautiful backdrops, interesting simple shaded characters, great colors used for everyone, solid lines, etc. But occasionally, especially in the first few episodes, the animation is just godawful. The lines used for the characters' faces, for example, make their noses look squished and very deformed. Head size was another problem, looking squished and not proportional. These problems seemed to have been fixed after the first two episodes, only reoccuring at very sparse intervals.

No CG was used that I could tell, but very seldomly real life video was put into the series, which was odd, but interesting. For example, in a movie store, a real life video would be playing on the animated computer monitor.
Sound
Mostly a combination of synthesizer beats and piano, or orchestral tracks. A wonderful compliment to the warm, retrospective feel of the series, making you able to feel the emotions the characters felt as well.

Voice actors were chosen well.
Characters
This is where the series truly shone: the characters, and their development. Though based on love, the series is almost completely based on character development, on a personal level, or a relationship level. You watch incredible transformations of personalities and life skills, with almost every single character! Usually at least one epiphany occurs, which changes each person for the better. The characters were portrayed in such a way that you feel empathy for them, and want them to succeed. That, I feel, is one of the most successful things a series can do.
Overall
Boys Be excels on mostly every level, except the occasional poor animation out of nowhere. Beautiful, empathetic stories about a group of friends who (with some of them) change dramatically. Great animation, a nice soundtrack to boot, and a very warm, pleasant feel (complete with a good ending!) make this a great series to watch.

For rewatchability, although Boys Be is a fantastic series, I'm not sure if I'd want to watch it again anytime soon. This doesn't mean it's a bad series, but it didn't have an epic quality or catch like sci fi series (my specialty and love). Keep in mind that I wouldn't personally rewatch most series, so this shouldn't say anything bad about Boys Be. The story is light hearted and almost slice of life, so it's something you could watch if you want a light watch in between other series, perhaps.

The anime begins by mentioning the vastness of space and time, endless stars, the meaning of life, it hypes you up for something that rivals Legend of the Galactic Heroes in scope, and then… it becomes a generic romantic school comedy where nothing with ever happen. Thanks for nothing you piece of shit.

And by adventures I mean endless cock teasing where you are constantly made to wonder do they like each other, will they kiss, will she hit him for being a peeping tom? To its defense, everybody eventually kisses some girl for a couple of times.

To its offense, the plot is basically episodic, so no matter what progress seems to be achieved in one episode, is immediately rendered meaningless by the next one, and the boys keep jumping from one girl to another, essentially sleeping around without ever showing us anything besides kissing. Their love is so meaningful.

And I have to question the intelligence of these girls. They seem to be oblivious to everything that is going on around them. Half the time they have derpy faces and they are spacing out as if their brains stop working. No wonder they don’t even see how they are being sexually manipulated.

The show as a whole was promoted as a well-made romance when it first came out, which is why it was recommended to me. Which is a lie, since just like any other romance in anime, it’s only about sexual frustration and awkwardness to speak with members of the opposite sex, before ending when an actual relationship is about to begin.

In reality, this anime is not about meaningful romance. It’s aimed at virgin teenagers who want to escape reality and be in a simulation where women are stupid and love you for no particular reason. Proof of which is the promotional art, which only shows the girls and never the boys, since you are supposed to self insert instead of considering them actual characters.

The lamest part is that the anime in general is very low budget, so it’s not even doing a good job as escapism fantasy. The characters are often off-model, have derpy faces, and the animators went as far as using live action footage in the opening and during the intermissions, in a cheap attempt to save budget and enhance realism. Yeah man, show an actual half naked woman in suggestive poses; this will totally enhance the illusion of you watching a plausible animated romance.

It is far from the first time anime try to save money with live action footage, but this does not excuse the lazy way it is used. Kare Kano used it in a way that was more about artistic expression and psychology. It was enhancing the romance and the characterization, instead of simply covering up animation weaknesses and objectifying the female body.

Boys Be is a throwaway show, made for virgin teenagers with very low expectations who have no idea what romance is and who for some reason cannot watch any other harem anime. I do not recommended it, it’s bad. 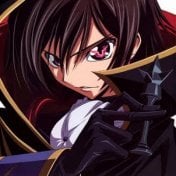 nice plot, bad ending,for a anime that they seem to me they've put so much heart in the issues of love live, the ending ruined everything, at least for those with a deep die hard romantic heart like me............