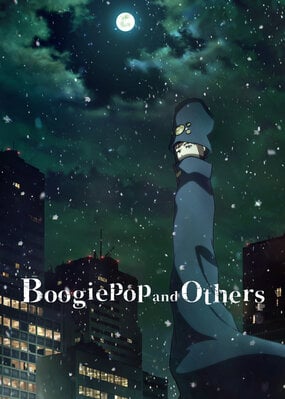 Having watched the original back in High School, I was oddly excited to see Boogiepop would be making a new appearance. Now after having finished this, I don't believe it's necessary to have seen the original as the stores and premise between the two are different. But you might get a better understanding of who or what Boogiepop is in the original. That said, I really enjoyed the new season, but it's not the same as the old, which I was expecting. The old made me feel more unnerved like I want from a psychological anime. This one, especially towards the end, made me think more about myself and my problems. One of few anime as well where I feel there was a message it wanted to give it's viewers, outside of just a story to watch and enjoy. If you let something distort too far, it can become unhealthy, even if what you are doing is genuinly believed to be for the benefit or yourself, or others. Everyone has a different view of what is right or wrong, and it isn't such a black and white concept. I think this makes humanity all the more interesting when they show that intentions meant for good, can sometimes be wrong if dealt in a certain way. It really makes you think. As for the overall story, it's told in arc's and I truly believe this anime would be much more enjoyable to watch those arcs at once, than weekly if you watched while it aired. Knowing how many episodes there was, and when it was going to end I watched the last arc in one go, which was more enjoyable than when I watched the earlier arcs weekly. I didn't have any problems with the stories they chose for each arc, they where all interesting in their own way, and you didn't always know the outcome. But watching it weekly means you might not retain all the information present, making it less enjoyable or sometimes confusing if you forgot what was happening. Because it's done in arcs, there is not a lot of character development, but those that do get it are the ones that show up in more than one arc. It's not drastic like a villian learning to become a hero. Boogiepop isn't that type of anime. But instead something more subtle and realistic that the viewers can also take into heart. An example would be if you love too much, sometimes it can hurt the person you are directing those feelings at. So you learn what is also enjoyable for them without compromising your own feelings over theirs. The soundtrack I though was amazing, one of few anime of this season where I would probably purchase an OST when/if released. The music does a good job of pulling you in and imersing you into the world [like any anime should but not all do]. The animation was simple, but they did a good job in the short amount of time they had to release this series [one week had an entire arc released in one go] and you didn't see much of a drop in animation, and when we did it was in very unimportant scenes so it didn't affect your view of the main story much, if at all. I will reccomend this anime, but I feel if I do, I would reccoment watching the original as well. It would be a nice comparison. I know I'll be going back and rewatching the original myself.

I really enjoyed the concept of supernatural beings affecting the balance of power and how a vigilante highschool girl and a highschool girl known as the reaper try to maintain that balance.  The world is painted as a very dark and gloomy place. Without the right people keeping a watchful eye, it could all go wrong very fast. In a few short stories we follow Boogiepop and Nagi, how they deal with the interactions between supernatural beings and mankind. The supernatural beings don't always have bad intentions and in sometimes mankind is much worse than any supernatural beings could ever be. It's a thought provoking show with a gorgeous art style but the animations don't flow as well as they should which is a real shame because this could have been a top tier show.

I am not going to deep dive this one.  However I will say this: The anime was fascinating and the execution was lovely and captivating, however the perpetual overcomplexity and aimlessness left me feeling empty at the end. 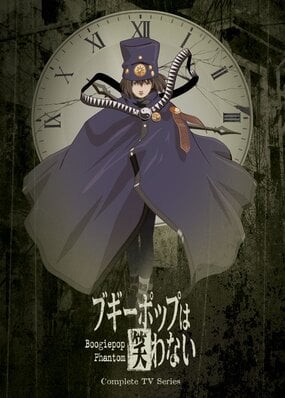 Boogiepop and Others PV 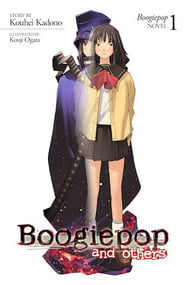 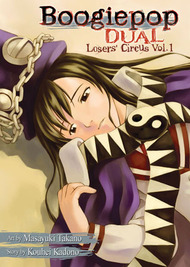 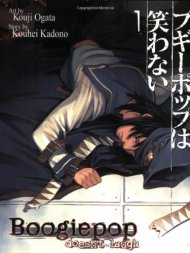 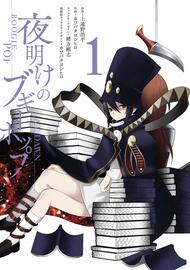 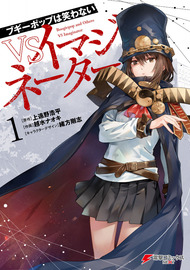 Boogiepop and Others: VS Imaginator