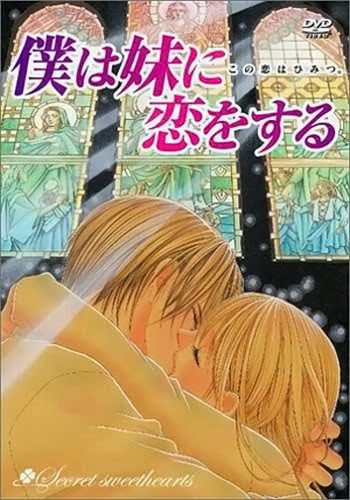 Now mind you... being a demon I sort of have to support anything that tempts people to the taste of forbidden fruit. Thusly I gave this one a rather undeserved 2 when really it's probably a 1... maybe less.

I'm all for the brother loves sister, (or in much more interesting cases Sister loves Sister;) but really this anime was missing too many things to make it worth while. The characters MIGHT have been more interesting if I knew more about them, how they got where they are, what their hobbies and habits were, or anything that would actually make me give a crap about these two.

The back story on said hero and heroin however is MIA, nothing is mentioned about who their friends are how they met, what tribulations they went though to reach such a close relationship, NOTHING, NADA, ZIP. As a result I couldn't care less about the two main characters and kept hoping that at any moment some large flesh eating bird would swoop down and devour the lot of them! Ahh now that's entertainment.

To top it off there is absolutely nothing special about either of our main brother/sister combo, neither one is a Demon lord, angel, alien, robot, super-powered extra-dimensional being, vampire, werewolf, deity or really ANYTHING that would spice things up, and boredom set in almost right off the bat.

To Galadrel who gave this a 7.8.. too generous my friend, much too generous. Don't call a pile of crap a rose, people might try to smell it.

The taboo topic of incest is quite frequent during anime's, usually though its more a sub ark, this anime takes this topic really seriously and its just a really emotional anime; it does also dwell into the taboo of people not actsepting it. Yosuga No Sora was the sex side of incest, this is the true love side of incest. Video review - http://www.youtube.com/watch?v=ParCv6NReE4

My BBFC rating - 18 for an incest theme

A mix of drama, romance and incest, all within a short 45 minutes. Being as short as this, a touchy theme like this has little time to develop tastefully, which is my main problem with Boku wa Imouto ni Koi wo Suru, lack of taste.

The anime tells the story of Yori, a high-school boy with feelings for his sister. As you’d expect from a forbidden-love show that tries to take itself seriously, feelings of guilt and anxiety fill the main character and he tries to find ways to drift away from her. As much as I like this format if it’s done well (like the case in Koi Kaze), it just felt incredibly rushed and reaching in the realms of melodrama in this short adaption of a 10-volume manga series. In the short duration of 45 minutes, the main character goes from self-hatred (which he takes out on his sister) to acceptance, has sex twice (and attempts a third time, horribly) and lacks tact more than a few times.

Despite all this loathing towards the OVA, it’s hardly unwatchable if you don’t have too much of a bias against incest and stupidity. The drama, while not being good by any means, isn’t really bad either, the main character does show care for those around him, and the ending is more-or-less satisfying. It’s hardly something I’d recommend to people (even to fans of forbidden-love shows), but if you were planning to watch it anyway, granted you lower your sense of morality a bit while watching this, don’t let it stop you from doing so.

Oh, and the ending song is the most horribly out-of-place song I’ve heard in a long time. Imagine a quiet, “let-it-sink-in” type of ending, and then press play on the video below. 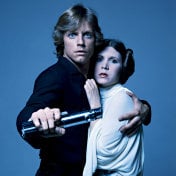 Boko wa Imouto ni Koi wo Suru was very interesting anime. It was something that I enjoyed very much, but at the same time just wanted them to shut the fuck up.

Story: The story could have been more original in all, but I like the base of "brother x sister."

Animation: absoloutly terrible. It seemed the animators had no idea what the fuck they were doing while designing this anime. The whole fucking OVA made me want to smash my laptop because of how terribe the animation was.

Sound: I had nice sound. The only issue, I prefer dub over sub. The voice of Iku made me want to shove my head in an oven. Most annoying voice ever. Otherwise, I had no problem.

Characters: Yori has one mother fucking creepy obsession with Iku. Yori wasn't very well developed and seemed to have other issues that were "off screen" you might say. Iku on the other hand, I absoloutly hated. Worst character development ever. She forced herself to agree with everything that Yori said, leaving her to look like the true idiot she was.

Overall: Overall, the entire thing was tolerable. If you're into that kind of stuff, great. I have no other say in this. So now my rating for this would be a 6.4.

May the force be with you... 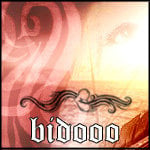 my friend suggests it to me this OVA, i watched it

and im translated it to Arabic ^^