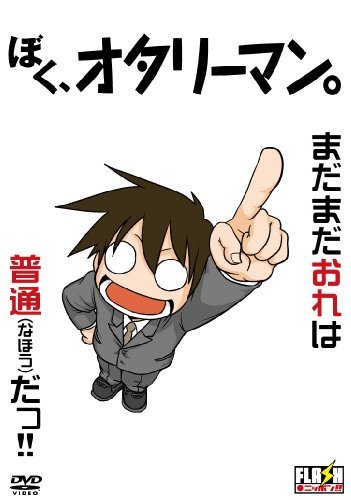 Yamada Hiroyuki is 26 years old, has a stable job, is an otaku, but is overwhelmed by the ideas and thoughts of his family, i.e. marriage and criticism over his childish hobbies. He decides to leave the house and go to live in an apartment, alone and happy, but the perfect image he had in mind when he moved in was destroyed when he learned that his neighbor is a yankee schoolgirl. However he soon discovers her real personalty is quite awkward and very tender. Will the story of these two advance for the better?

Tomodachi no Onee-san to Inkya ga Koi wo Suru to Dou Naru no ka? (Light Novel)

A self-proclaimed unattractive gloomy high schooler, Hiramiya Reiji, everytime he goes to visit his close friend’s house, he gets messed around by his older sister, Sakuya. Drinking his drink as she pleases, barging into the bathroom, and crawling under his blanket in the middle of the night… Thinking that perhaps he has done something to make her dislike him, he asked his close friend whether he has any idea, but he only gets a reply in a incomprehensible way, “you still haven’t noticed it, huh” On a certain day, Reiji loses in a game and has to listen to 3 of Sakuya’s wishes. Reiji goes along with it even though he has doubts, but could he gradually begin to understand Sakuya’s true feelings…? This is the story of super dense youth and a can’t-be-honest older sister until they become a lovey-dovey married couple――

Kotoe is a really quiet 18-year-old girl who loves drawing but just can't make friends. After her good-for-nothing NEET otaku brother convinces her of uploading amateur illustrations of anime characters, she actually begins to gain popularity online. Watch how Kotoe's brother tries to make big money with Kotoe's illustrations so that he can get out of the countryside, go to Tokyo, and marry a seiyuu while she reluctantly keeps drawing in hopes of finding new friends and making lots of people happy.

A comedy manga telling story about Momo, a hard-core otome game otaku, and her co-workers in a cafe for otaku woman.

A pseudo-autobiographical manga by author Ippongi Bang. These short snippets of manga describe her experiences at agricultural college, as well as her experiences in science fiction, anime, and manga fandoms.

A comedy about the run down Ijima Electronics and Appliance store, located in the back streets of Akihabara (the Mecca of electronics in Japan). On its last leg, the store had nearly gone out of business, until three sisters- the store owners- hire the resourceful Takezou. With a stroke of genius, Takezou has the sisters dress in costumes and refashions the store into the perfect shopping ground for Japanese otaku.