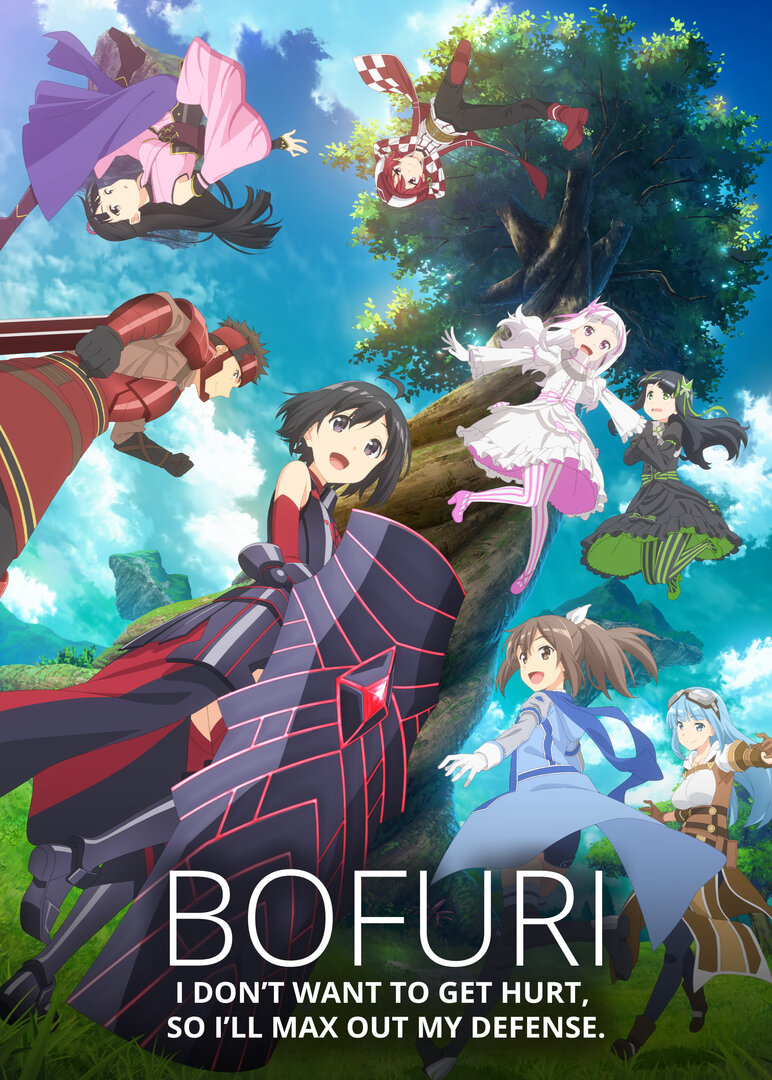 If you're looking for manga similar to BOFURI: I Don’t Want to Get Hurt, so I’ll Max Out My Defense., you might like these titles.

Karen Kohiruimaki is a college student who stands at an imposing six feet. While her complex about her height makes it hard for her to make friends in the real world, the VRMMO Gun Gale Online changes everything. Now equipped with her ideal "mini" avatar and clad in a pink battle suit, Karen is ready to shoot up the world of GGO as Llenn! Before long, she meets the beautiful Pitohui, and the two rare female players become fast friends. Little does Llenn know that this friendship is the key to her entry in the first-ever Squad Jam, a team-based battle royale that echoes the famous Bullet of Bullets tournament...

Sky World takes place in the eponymous world of the MMORPG, Sky World. One day, thousands of players woke up to find themselves in the world. Junichiro Mikimori is one of these players who has now come to live in Sky World. The story begins with Junichiro on Altaria Island. There, he encounters an all-female guild and befriends two of its members. Together, they decide to leave Altaria Island and journey to the highest point of the world: Aion Island, in hopes of being able to find a way back to the real world.

In this spinoff of the bestselling Sword Art Online series, the ladies of SAO–Liz, Silica, and Leafa–go on their own grand adventure in a VRMMO without Kirito! Follow these plucky women as they live the springtime of youth to the fullest, meeting new people and taking center stage!

The year is 2022, and gamers have lined up on launch day to connect to Sword Art Online, a hotly anticipated MMORPG that allows players to connect to an immersive, lush virtual reality world with special helmets called Nerve Gear. Kirito is eager to return to the place where he spent a good deal of time as a beta tester, and quickly becomes friends with Klein, a newbie player. But soon, Sword Art Online's 10,000 players discover that not only are they unable to logout, the only way they can return to their physical bodies is by beating the 100-level tower's final boss - that is, if their HP doesn't drop to zero first, for death in the game means death in the real world. Now, with no one else to turn to, Kirito and the other participants must survive the game as best they can – some forming guilds, others ruthlessly leaving their peers behind, and many tragically falling by the wayside or to the merciless monsters populating the lands...

To Aru Ossan no VRMMO Katsudouki

Typical company employee Tanaka Daichi (38 years old, single) loves games and plays a new type of VRMMO called "One More Free Life Online" under the username "Earth". Inside this free world he chose several skills that are generally regarded as useless. Be it wasting time crafting potions, cooking up pointlessly tasty food, or hunting monsters with some absurd weapon he crafted, he simply enjoys playing the game.

Here in the year 2×××, technology advanced by leaps and bounds in VR exceed beyond imagine.While at first it was a little strange soon became a commonplace thing in Japan. By the recommendation of my twin sisters Hibari and Hitaki, I found myself playing the VRMMO [REAL & MAKE]. While being taught playing this new game by these two people... I discovered a game that does not require to be played like others. Single-mindlessly playing or hunting, taming with full of charm, producing realistic feats with dexterity, or cooking realistic cuisine with house-husband force. It is the story of being watched by players and AI inhabitants of the bulletin board.