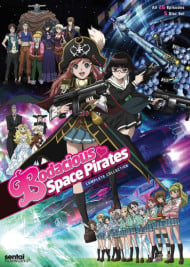 Young school girls pirating amongst the stars I reasonablly enjoyed watching this. The production value is good. The end sound track is quite catchy. So why did I only give it a five? Well the story, overall, is a pretty drab affair. The series fails to build any tension or suspense and by the halfway mark. You know well that there is nothing at risk and that only good things will occur towards the main characters and a happy ending is garanteed. This is unfortuante as the first few episodes do successfully build suspense before futilally disspelling it. Afterwards everything feels very safe and comfortable which is strange for a story about pirates. It all seems too risk adverse to be a satisfying story of piracy in the depths of space. The characters are mostly a contrived and cliched lot. The protagonist never appears to be anything other than a fairly gifted school girl. She does nothing bold or unexpected and she always follow the suggestions of those around her and she never says no to anyone, she is an extremely hestitant law breaker. In short she is a poor and pretty unconvincing pirate. The others with only a few exceptions are very narrow and predicarable. There is no violence or perversion in this story so it makes good viewing for children. It's average.

Bodacious Space Pirates is an entertaining romp. The premise of the story is what attracted me to this series first: a young girl learns that the father she never met has died, and she has inherited his pirate ship.  She needs to make a decision whether to continue the family career, or not.  I enjoyed the way real historical elements of pirate history (such as "Letters of Marque") are used in this story, and also how the lingo and traditions of the sea here on earth are transposed to space.  It allows for a feeling of conitnuity between our present and the future depicted in the anime. While the story rips along, and mainly hangs well toghether, there are a couple of plot holes.  The main focus remains on Kato Marika, and her exploits.  She is a high school girl, and the series never forgets this, with plenty of scenes set in and around her school and club.  I think it handles quite realistically the difficulties she faces trying to juggle all her responsibilities.  On the other hand her relationship with her mother never really rang true for me, and not many other characters get a chance to develop except in terms of their relationship with the main character.  But then, do you expect in depth psychological examination in a space comedy? There are numerous action scenes throughout the series, which are beautifully executed.  They might not be as long or as in depth as some would like, but I found the tone and resolution of them in line with the rest of the series.  Remember that this is an anime about a teenage girl finding her feet in space, under the supervision of adults who care about her:  there are limitations to what she can get up to, especially at first.  In fact there are a lot of high school girl high jinxs depicted: these are fun to watch, and hardly serious. Another point I want to make - despite the source material being call Mini-skirt Pirates, there are few Moe or Fanservice moments in this anime.  Certainly not as many as could have been provided by girls in mini skirts floating in low gravity!  In case you didn't get it, this is a positive in my book. Overall this is a series where the whole is greater than the sum of its parts.  If you examine each area in isolation there are obvious gaps, but the series as a whole I found lighthearted, warm and fun.  Watch it with those expectations, and I don't think you will be disappointed. 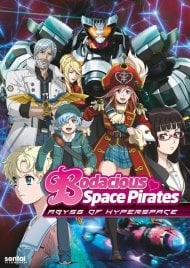 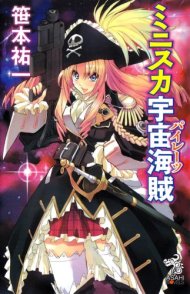 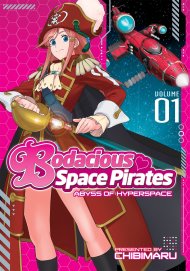