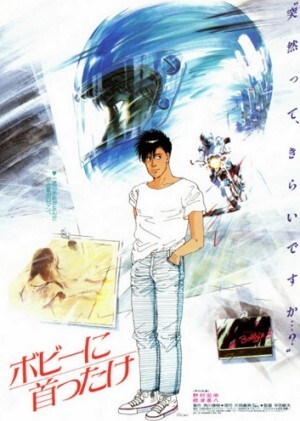 Based on the novel Hakai by Touson Shimazaki.

Based on the novel Les Misérables by Victor Hugo.

It's a new school year at the local Junior High School I Kamakura. The school year starts off with a new transfer student Ryoichi Kyogoku who joins the 8th grade class. He has been ordered to join the school, and use his special gift of telepathy and take over their school. This boy who happens to be handsome, and be a charismatic person, gains popularity, and using his powers takes over the entire school, except for Seki. This begins a war to regain their freedom for their school and themselves.

One day, Nana, who has always wanted to get married, has a fateful encounter. Unfortunatey, she had to endured violence since the marriage, so she decied to kill her husband and put his corpse in a freezer, but things aren't always like one want as she finds out when he comes back...

In the world ruled by the clan of the family, “Yamauchi”, the selection was started after the successor Wakamiya. The four princesses who were sent to there to compete against each other had their own thoughts and they were competing in the later seats, and various incidents occurred. And a mysterious letter ... who will eventually be chosen by Wakamiya?

Bronte is running away from a failed wedding ceremony in the rain when she finds a cabin for shelter, occupied by a blood-soaked man with gold eyes, who claims he just killed a man. His name is Mars West, and on impulse he kisses her, just as the police come to drag him away. Five years later Bronte comes to New York to see Mars, who spent two years in prison for the murder it turns out he didn't commit. Then things get strange!

When her father died Geraldine Frances's lifestyle changed forever. As a plain and overweight teenager, her dreams were shattered when the man with whom she was infatuated bitterly betrayed her, leaving her with one all consuming passion... revenge. She resorted to the drastic measures of plastic surgery and rigorous exercise to create a stunning new face and slender body. She had become 'Silver'—a hauntingly beautiful and mysterious woman few men would be able to resist. Dramatically transformed, she was almost ready to confront the man who had rejected her years before. Just one final hurdle had to be overcome and here, the ruthless, uncompromising Jake Fitton could provide all the necessary expertise—and so an extraordinary alliance was formed!