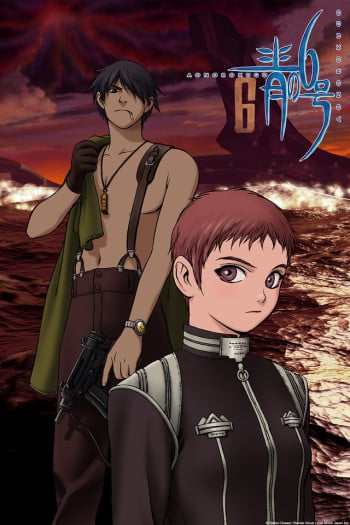 If you liked the intense visuals then Last Exile is a definite choice. Breathtaking drawing and an engaging story make this a very good series.

While Last Exile tends to be more light-hearted than the somewhat dark adn moody Blue Sub 6, both anime have a very similar feel and execution. Blue Sub's intense CG battles feel very similar to Last Exile's grand scale airship combat and Blue Sub's enigmatic villain lends an air of mystery that can also be found in Last Exile's strange "Guild" race and the floating derelict Exile. Fans of either series will probably enjoy the other. 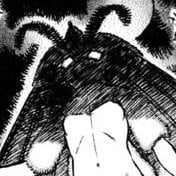 Both of these series are done by Gonzo and have basically the exact same animation style. Whle Last Exile is much longer and obviously more in depth, they both do the same excellent job of completely pulling you into their own elaborate world. The central conflict of both series is one of global importance, but the stories are driven by the personalities and pasts of indivudal characters. Strongly recommend both.

The first thing that everyone compares is the animation, of course you can't do anything but compare them since they are very alike. Yet the stories have a similar flow to them. You start in the dark and bit by bit you learn more about the world your exploring. They gave me the same feeling.

The same character designer was involved in both of these great series, Last Exile and Blue Submarine No.6. One thing that does catch your eye immediately is the animation: While Blue Sub 6 was more of a 2D and 3D integration experiment (not to forget that this series has some years behind it), the technique has been optimized in LE and it looks simply great. Both of these series have an interesting plot with new things happening all the time. A lot of things are being revealed as the shows move along. They focus a lot on the characters and their way of handling themselves during the times of war and many other situations as well.

The animation in Last Exile is beautiful, it's one of the prettiest I've seen. The feel of Last Exile kind of has the same feel as Blue Sub No. 6. I really recommend you watch it.

First of all, both anime series share the same fathers: Gonzo as production company and Range Murata for charades.

While AnR was Gonzo's "hello world" in the mainstream animation industry and featured the first rough attempts to use CG and LE makes a far better use of it, both of them have common themes, like the militant fellowship among the main characters and the ecologist message they conveys showing what a resource as simple as water is can be crucial to substain human life.

Simply, both of those are made by Gonzo and have similar CGI. They also give a similar feel and have this awsome character design by Murata Range. If you liked one of those shows (or you like Murata's work), you should watch the other too.

Both share people "randomly" getting involved in a fight to save their world. Both stories are deep and engaging. Animation style are very simliar as well. Check one out if you like the other.

One of the best things about Blue Submarine No. 6 is the CGI that went into it. If you like that, you will like the CGI battles in Macross Zero, as well as its action packed goodness.

While Macross Zero makes just about every other cgi anime before it more or less obsolete, Blue Submarine nonetheless stands up admirably well despite the age difference. The plots both involve some apocalyptic themes that surface late in each show, and both sacrifice character development in order to showcase their visuals. Blue Submarine is definitely inferior to Macross Zero, but both should provide a reasonably entertaining experience for those looking for excellent CGI. 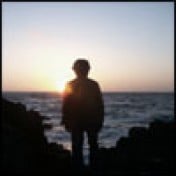 If an excellent combination of action and plot is what you appreciated most out of Blue Submarine No. 6, then you need look no further than Scryed. While the premise and setting will be unfamiliar, it won't take long to appreciate Scryed for its level of "cool."

Ayato Kamina may seem like an average boy in a devastated world, but after being captured by TERRA, a military organization set on saving the world from the Mu, an alien race set on "tuning" the world, he realizes he is an instrument in deciding the fate of humanity and piloting RahXephon. Not only is Ayato the only person who can control the mecha, but he also has a terrible fate of his own. Holding onto memories of his old life and grasping to keep his own humanity, he must struggle in this new world and realize his true potential with RahXephon.

Fans of Blue Sub No. 6's sci-fi action and apocalyptic storyline will find themselves right at home with Rah Xephon's lush animation, interesting characters, and story-too-complex-to-delve-into-in-this-space. The music kicks ass too.

After years apart, childhood friends Isamu Dyson and Guld Bowman reunite as rival pilots, each showcasing an experimental plane for the military. But their mutual love for longtime friend Myung threatens to spin their already tense feelings out of control! Now, each battles to secure Myung's affections, but even more dangerous than their own dark secrets is a clandestine plot involving superstar singer Sharon Apple that threatens all of humanity!

The way blue submarine is laid out (crisply military.. but only sort of... reminded me of macross. and when you take into account the way the enemy behaves, you find another parallel that realy contributes to a similar feel with these two.

Armed with five female crewmembers, a full arsenal of weapons, and a holographic AI computer, the pirate ship Sol Bianca sets off across the galaxy to fight the Tres space force, save a young boy named Rim Delapaz and his civilization from destruction, and take down a universally powerful dictator Batros. All this for what? Treasure of course.

The plot of Sol Bianca is different from Blue Submarine No. 6, and Sol Bianca takes place in space, but the CGI and basic stories are similar in both. Each title has the same type of plot, which involves saving the world or universe from destruction. If you liked one, you should like the other.

Zaion ~i wish you were here~

In the present time, the meteorite-based M-34 virus is being spread at a horrific pace: infecting thousands, and mutating their bodies into alien-like creatures who destroy everyone in their path. While NOA -- an elite team of cybernetic soldiers -- work to contain the threat, a new weapon named Ai is being trained to destroy the virus once and for all. Unknown to all are her true powers -- especially once she falls in love with NOA member Yuji. Time is running out.. who will inherit the earth? The virus, or humanity?

Blue Sub #6 and I Wish You Were Here both deal with mutant species that are trying to be controlled. Beyond that, I don't really have a better way of explaining why I chose this recommendation; these two series just have a very similar feel.

The world is in a mess because science has evolved to far. Now humankind must take on a struggle to save their existence and take on the mutations created by scientists. Yet both focus more on the plot instead of the action. These two made top recs for me.

In the near future, Mars is covered with oceans. Within one of its cities, Gram River is just another kid trying to survive in the slums, until he finds himself right in the middle of a pirate attack! After nearly drowning, he finds himself aboard the pirates' ship, and is faced with a decision: be killed, or stay and fight alongside them. And thus, Gram joins the pirate crew in their quest to find the legendary treasure of Mars, but they aren't alone in their search. Now, while being hunted by the military, bounty hunters, rivals and even a few old friends, they search the seas of Mars for clues...

Both Blue Sub and Twelve Kingdoms are about a fairly adult subject, and are most likely not going to interest younger viewers. They have a strong story, an interesting view into the depths of the main characters, and a topic that'll require you to keep your focus while watching. I'm sure you'll like this one as well. ;)