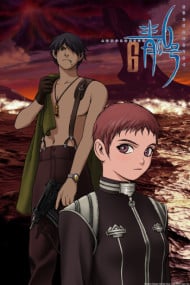 Zorndyke, a once well-respected scientist, waged war on humanity by melting the polar ice caps and unleashing his army of mutants. Humankind's last hope lies in Blue Fleet, submarines that fight the war. When the question of the war going nuclear becomes apparent, it is up to Hayami Tetsu to find a way to resolve the war without further needless destruction to either side. Blue Submarine No. 6's main strength lies in its story. Coupled with a potent atmosphere, Blue 6 creates a haunting post-apocalyptic world to use as a backdrop in this war story. Despite this OVA being set around a war, the story benefits more from the parts where there is a lul in the action, allowing the OVA to develop the characters and the world around them. The characters were as deep as a 4-part OVA would let them be, but Blue 6's length and the shear number of characters naturally resulted in many side characters getting the short end of the stick; besides Hayami, Kino, and a few other major characters, I would be hard-pressed to even remember the names of most of the crew of Blue 6. I did appreciate Zorndyke's mutant army getting their fare share of screen time. While the commander Verg, a creature whose resemblance to a dog is as great as it is to a human, seemed like precisely the murderous monster humans make Zorndyke's army out to be, you find out that neither he nor anyone else are what they initially seem to be. The most interesting character was Mutio, a fish woman whose life Hayami spared early on. While she was a largely non-speaking character, she probably had the most fascinating development over the course of Blue 6. While the idea behind Blue 6 was a good one, it was not presented in the best way. I was particularly disappointed in the quality of the visuals. While the traditional hand-drawn cel animation generally looked decent, Blue 6 was perhaps a little too in love with the CG animation, which looked awful. Cowboy Bebop came out the same year as Blue 6 and ostensibly had a smaller per episode budget due to being a 26-episode TV series rather than a 4-part OVA, yet Bebop had CG that looked fantastic and, more importantly, there wasn't the excessive amounts present as there were in Blue 6. Besides sacrificing time for the characters, it is also because of how poorly animated they were that Blue 6 probably would have benefitted from fewer battle scenes, most of which took place underwater. A lot of the mecha simply didn't look convincing and the overall look of the visuals resembles a video game that came out at around the time this anime was released; the same visuals would've been excellent if they were made for a Nintendo 64 game, not for an OVA. The sound of Blue 6 did fare a little better than the look. For the most part, the voice acting was very good. I thought Zorndyke's and Hayami's seiyuu stood out the most. The music was made up of pretty catchy jazz pieces. While the ending theme "Minasoko ni Nemure" was a neat jazz song, many of the tunes played during the episodes didn't fit their scenes very well. The scene at the beginning of part 4 in which Verg expresses his frustration to Mutio after she saved Hayami's life comes to mind with this; that scene would have been just fine without any music at all but the jazz playing as Verg shouts with his immense rage was just out of place. Overall, I would recommend watching Blue Submarine No. 6 for its story and characters, particularly for its fresh take on some themes which can be a little trite, such as "Can't we all just get along?". It is a little disappointing that how Blue 6 was presented was what is keeping it from being a great anime instead of a moderately good one.

Blue Sub 6 was recently re-released on Crunchyroll So I gave it a re-watch and just finished that moments ago. Here's my thoughts.Story - Not great tbh. When this show aired almost two decades ago on Toonami, I recorded it to VHS after they'd made a huge deal about it in the weeks leading up to it. That was, I believe, 1999? And I was in middle school, so I obviously had terrible opinions about everything. One of them was thinking that Blue Sub 6 was rad. After re-watching it as an adult, I can tell you that the 4 episodes this OVA takes to play out are terribly paced, full of filler, and have a really miserably unsatisfying ending. If you want a dark, gritty, post-apocalyptic sci-fi mecha OVA, save yourself the time and just go watch Gundam Thunderbolt instead.Animation - When it's 2D, the art style has aged okay and the characters are relatively well designed; if you're a fan of mid-to-late 90's anime, you'll like the look of BS6. Where this show falls down so many years on is the constant and terrible 3D CGI. That's not really surprising, late 90's sci-fi anime is pretty rife with unbearably bad "Reboot"-tier 3D animation and the janky water effects and mecha animation don't even look half as good as years-old video games.Sound - In the interests of full disclosure I have only ever watched the dub of BS6. Maybe the Japanese soundtrack is better and it earns a few points of an interesting jazz-themed soundtrack (even if it is occasionally a bit out of place). However, the English dub sets those points on fire by giving the most of the villains a difficult-to-understand heavily-synthesized voice track. The primary badie, a sharkman named Velg, has an especially impenetrable "L" type modulator going on only the modulator sounds like its having a seizure. A lot of the voice tracks are also really quiet, so it gets annoying when you crank the volume to hear important dialogue only to suddenly get your tinnitus triggered when it cuts suddenly so some shrieking villain or loud explosion.Characters - The main characters are a generic anti-hero and poorly-characterized genki girl. THe main dude, the constantly sardonic Hayami, is an interesting as a cardboard box with an emo wig and the girl Kino picks up and drops grievances like she's playing baskteball. The villains are mostly pritty two-dimensional and the final bad guy, an evil mass-murderer scientist-guy, is basically a boring mash-up of every quietly evil scientist trope ever. The ending that resolves his meeting with the main characters feels so rushed and gives such poor resolution to his arc that he may as well not even be in the movie; not like his grand total 10 minutes of screentime in a 4-episode OVA really give you much time to care about him as a character.Overall - This OVA's not great, like I said. It gets two stars from me, not quite basement tier with my all-time least favorite things but it's just kind of bad and poorly paced and hasn't aged well. Why CR suddenly decided this was a thing we all needed to see again is beyond me. Would've been better to leave the memories dead and buried. 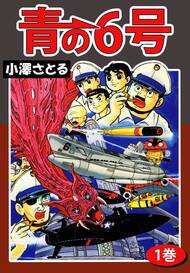