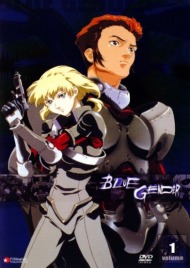 While the animation may be lacking due to budget and the year the anime was released, the overall story is quite amazing.  It starts by immersing you into a dark world where the world is overrun with these monsters called blue.  Its a world where the human population in order to survive set up living facility in space called 2nd Earth but left the majority of people to die as if they were already dead.  For the most part the planet is abandoned and desolate.  Where most of the only remains of humans left are basically these freaky green balls that blue make to feed on later.  The soundtrack also helps to set the mood of the anime (except for the opening and ending).  You'll also the main character lose his mind among other things, I'm trying not spoil it for anybody.  My only gripe with the anime however is that only 2 characters in the anime really get development,  I mean sure a lot of them die off, but it wouldn't have hurt to at least add a little background to some of them like Tony or Joey. Its definately worth watching and in my opinion a highly underrated anime.

Blue Gender is another show I found via the [adult swim] block as well as through FUNimation advertisements. From Anime International Company, known for their work on Tenchi Muyo!, and the direction of Ryosuke Takahashi, who you may know of from works such as Samurai 7, Ronin Warriors, and Rurouni Kenshin. STORY: The story starts out with strong potential. Yuji Kaido is diagnosed with B-Cells, and is frozen until he can be cured. He is eventually awakened, only to find out that the world has been overtaken by the Blue, which are these monsters that feast on humans and turn them into balls of compost, practically. Yuji encounters Marlene, a soldier trained to kill the Blue. Together they must fight off the Blue and fight for their own survival. Of course, there is an entire army of soldiers trained to fight off the Blue. There are also people that live on Earth who are defenseless against the Blue. Now, this starts out as a very promising story and it could be great, however instead our writers decide to add in a multitude of idiotic and stupid plot points. The explanations used to describe how the Blue came about, and the changes made to the characters and storyline are beyond stupid and idiotic. I am not going to go into spoiler territory, but these explanations come out of nowhere, and just don't make sense. A lot of the time it just seems as if the main characters are wearing plot armor to get out of some of these situations. The Blue, as well, but at least it can be somewhat explained by there being all different kinds of Blue. ANIMATION: The animation is actually not too bad, though a bit dated by today's standards. The characters look fine, and the Blue come in multiple different forms and types. The designs of Earth do give a sense of helplessness in the face of the Blue, which works well. Other than that, though, the animation is rather standard. Not too off-putting, but not particularly exceptional. SOUND: The music is good, nothing particularly note-worthy besides the opening theme, but it does help make the action seem a bit more epic. That being said, the music isn't fantastic by any stretch, but it does fit the story and helps create the mood the show is trying to convey. Which is a sad and sort of helpless world. CHARACTER: This is really where the show is a disaster, the character changes are really inconsistent for the most part. Yuji starts out as an extremely whiny character, which is understandable due to his circumstances, but it is also all he ever seems to do at the beginning of the show. He then stops after awhile, and you do see him develop into a fine character who we care about and root for, but then they screw up and make him into a character more like that of Marlene early on the show. That is, cold and heartless. However, it comes out of nowhere, and is explained through his B-cells (his serious disease he gets at the beginning of the series). This makes no sense, either, as the B-cells have not been shown to change emotions until that point in the show. Marlene is actually a rather good character, her development is well-paced, as she goes from a cold character to that of one who considers the people helpless in the face of the Blue more than just already dead. The other characters, I have to say, are truly terrible. We are introduced to a couple characters, and then 5 minutes into the episode, they die, and the show acts like we are supposed to care. Then, you see a major character die, and then the show treats that character as if it was a red-shirt in the background by giving zero drama and Yuji never actually finds out this character dies. There was one particular character in the middle of the show, who you don't actually see die, but are supposed to assume this character died. This show is just terrible with character deaths, and since the series is a fight for survival, that really takes away from everything and makes the show a joke. I don't mind too terribly Yuji and Marlene's relationship, as it isn't poorly developed, and the sexual themes in the show are good at times, other times they just get in the way of the main premise of the show, and just come off as ridiculous. ENJOYMENT: Blue Gender can be summed up in one word "frustrating". I wanted to like it, but the show just really fails later on, and ruins what could have been a rather fascinating show. I did like many of the concepts, but the execution and direction was lacking. I mean, when characters you grow to care about are treated in the show as if they are nothing, it is a frustrating experience for the viewer. Then, when the show acts like you are supposed to care about characters you barely know, it's also really frustrating. Overall, I would say not to give Blue Gender a watch because it isn't worth your time when there are so many shows that get similar concepts right where this show has failed. 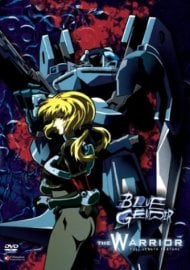 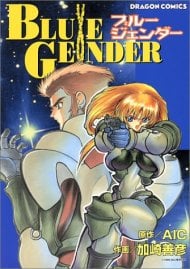