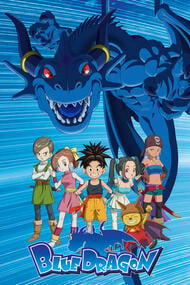 Wow.  Not only did this show start off with a lot of lame manufactured over used anime cliches, but it did the worst kinds and not a very good job at that. Sound/Voice:  The voices so did not match the characters.  This is pretty unusual because more often I find Japanese anime voices are more off the mark then the English translators.   Animation: Tiny kids with big heads and ill proportioned bodies.  There are probably adult characters but they are not easy to distinguish from very underaged children characters given they look similar.  What I guess passes for adult characters, also have over sized heads and malproportioned bodies plus they are rather small and close in size to child characters.  All main characters appear to be children.  Not that it is necessarily impossible to find a child with such experiences, but it doesn't feel right nor does it add well to the story.  The story gives the impression that Jiro and Zola have alot of training and combat experience, but it doesn't really match their look.  It is harder to believe that not only one but two major characters look a bit underaged and still have such backgrounds.  You add to that 2 more child characters, apparently thrown into the mix, and it feels like the blind leading the blind.   Characters:  It is too difficult to distinguish so called adult characters from children given how similar they look proportion, over sized head wise, and mismatching voices for their supposed ages.  It is annoying that so many major characters always look pissed off.  Seeing that tends to put the viewer on guard and ready for a fight or flight response in the back of our subconcious minds.  That's not a good effect for so called good guy characters to have on viewers.  It seems to be almost an annoying cliched standard in crappy anime.  Often anime has weird or stupid character names, but this show has some of the lamest so far.  Kluke??  Bouquet?  That weird looking mutant cat elf character doesn't look or feels like it belongs and I am reminded of "The Last Action Hero" through flashbacks whenever I see it onscreen.  The Last Action Hero was one of the lamest and worst movies ever made because it put a character into the story that didn't seem to fit. Story:  So far, I have seen a severe lack of forshadowing.  Sometimes I wonder if any Japanese animators understand the concept and structure of stories since so many animes lack any forshadowing whatsoever.  It is not until the second episode maybe that Kluke even shows an interest in robots.  Then suddenly shes a tech wizard without any background to that effect since they never showed her building a robot, or playing on computers or reading tech books, it creates a sense that it comes nearly out of nowhere.   This is so filled with terrible anime cliches: pissed off expressions on main characters; too many underage child characters in a non child like story setting; lack of forshadowing; bizarre characters or creatures that do not belong or fit right with the story or setting; and tsundere/yandere/kuudere/dandere type character who are often more like enemies than allies among others that it becomes hard to watch it without getting bored or losing interest.  It just is not interesting or unique enough since it is so filled with lackluster routine cliches.  The way the shadow power/creatures look is a little bland.  It isn't the worst thing or type of ability in an anime and is certainly imaginative but I am sure they could and should have executed how it was done a little better.  It just looks a bit too odd to see such a tiny body at the bottom connected to the characters.

Ahhh... A series with artwork by the guy who made Dragon Ball. What can go wrong? ... Surprise! Everything did. As long as there are fools who only look at the shell and not the content and as long as there are producers who take advantage of that, we will have lame series like this one who become famous because of hype alone and not because of quality. ART SECTION: 6/10 [Dragon Ball meets Pokemon.] A few seconds and you already see Akira Toriyama’s signature in the artwork. That is very good if you are a Dragon Ball fan. Shapes are clear, colors are vivid. For a children’s series it looks lovely… Wait, did you say “children’s”? … Yes, I did! Because of that, don’t expect the epic feeling of the previous series. No real violence or apocalyptic explosions. There goes your expectation for something equally good… Leaving fanboyism aside, the very concept of the animation is your standard “adventure for kids” treatment. Trendy/punk looking kids with spunk, half-serious / half-comical monsters, and stereotypical evil-looking villains. You know what to expect from the very first scene you see something or someone. Nothing looks original or that awesome to care cheering for or booing against. I give a credit for some weird backgrounds and a few visual effects but the rest of it is plain, old, boring childishly drawn monsters and simple battles consisting of frozen still monsters firing energy beams at each other. No real surprises or battle choreography at all.So, the animation is clearly better than average thanks to the clear outlines and the vivid colors. But that is that. Nothing more. Unless of course you’re a brainless Dragon Ball fanboy and mindlessly give animation 11/10 just because the characters remind you of Goku and Vejita… SOUND SECTION: 5/10 [It sounds like… Nothing to give a damn.] I’m not going to stick much to this section. Being a children’s adventure, the characters (as you may expect) talk in two-dimensional and unimaginary “I’m going to become stronger and beat the bad guys and save the world!” kind of way. There are many cases of lukewarm humor in it that somehow break the monotony. The music themes are cheery little pieces of boring J-pop and the sound effects are just your average laser blasts and comical squeaky sounds. Pretty average stuff you will forget almost immediately. STORY SECTION: 3/10 [Once upon a time…] For starters, the series is based on a video game. The story there was of course more “get key item, do key event” but it was more or less the same. Geez, what’s with Toriyama taking part in series that have “Dragon” in their title? And why are they all so awfully simple in their stories? Really, they could easily name the game “Dragon Quest 9” and nothing would change. All these games are so famous and yet their scenario is a pile of fairy tale crap. It feels totally stupid if you have played Final Fantasy 7, Persona 2, Shadow Hearts, Xenogears or Chrono Trigger. This version of the story is watered down even more, since it takes out most of the violent stuff and adds “training” instead of “leveling up by killing monsters.” It is just a simple “monsters plague the world and a bunch of kids use other monsters in order to stop them.” Just by reading a sentence you already know it is awful; just imagine sitting through 50 episodes of it and calculate how unbearable it will become. Really, the story is very simple and predictable (strong monster appears, use shadow monster to defeat, stronger monster appears, train and repeat process) and frankly speaking, if there is something you will like in the series it definitely won’t be the story. CHARACTER SECTION: 3/10 [Pikachu, I choose you!] Cliché stereotypes you will either like for their steady predictability or hate for being nothing more than that. The spunky leading boy who trains to get better, the nerdy friend of his, the serious female companion and the “I am evil; hate me” villains are there, as any cast from a thousand other lukewarm series could be instead of them. As you can guess, I didn’t like them. Sure, they look like the cast from another famous series; what was its name; but who cares? They are plain enough to mindlessly watch them do the most predictable things. If of course you expect more than the most essentials (like me), you will despise them very fast. VALUE SECTION: 2/10 [Advertise means fame. Fame means value.] Oh, sure, since Toriyama put his signature in it and because it is based on a much advertised game, it has its share of fame. Beyond that, there is very little chance you will ever bother watching it again or remember at all what the heck you watched the first time. ENJOYMENT SECTION: 2/10 [More enjoyable than watching paint dry.] Seriously you guys, there are thousands of better series to watch or things to do in general than wasting your time with this thing. VERDICT: 3.5 / 10 Blue Dragon will make many fans of Dragon Ball to have the blues. SUGGESTION LIST Dragon Ball, Pokemon, Digimon and a lot of other cheesy childish anime. 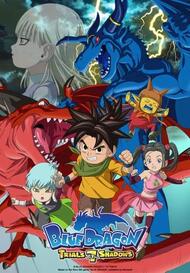 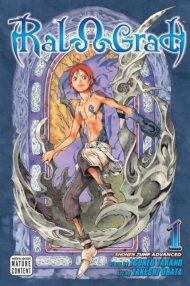 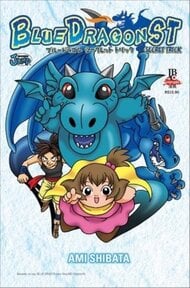