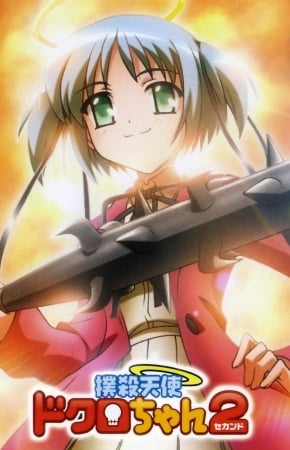 Everyone's favorite club-to-death angel is back! Thanks to her, life for Kusakabe Sakura is never dull. Even seemingly normal events such as a school trip to paint some scenery, or simply taking a bath, always result in pain, death and resurrection for the poor schoolboy. With Dokuro-chan's younger sister Zakuro chan now living in his house; and with the arrival of Babel, Sabato-chan's mother, things can only get weirder, ecchier and more violent!

NOTICE: This review covers both seasons of the series, as there are practically no differences between them. The show is animated by Hal Film Maker studios, which overall have a very unimpressive roster. The only title I enjoyed from them is the super amazing Princess Tutu. The show is also directed by Mizushima Tsutomu who likes to make violent comical stories with little girls (Hare+Guu, Dokuro-chan, Punie-chan, and Squid Girl). ART SECTION: 6/10 [Oh, look, panties. Oh, look, a huge club. Oh, look, brains scattered all over the screen.] The general quality of animation is a bit better than average. The detailing and the coloring of objects and character figures are almost minimal and lots of photograph clips, blank human figures in the background and low-frame animation were used in order to save money during production. Then again, there are lots of eye-catchy images, such as Dokuro’s Excalibolg and halo and some references to other anime. Without being great, they are pleasing to the eye of every casual viewer. SOUND SECTION: 7/10 [Pipiru piru pipirupiii!] The opening song was so stupid that it simply stuck to my mind. So was Dokuro’s revival catch phrase. Voice acting is not great but has a lot of spunk and is thus bearable. Even the cartoonish sound effects were funny enough to be likable. STORY SECTION: 3/10 [Protecting the future by clubbing to death a hapless youth a thousand times.] Story… Well… there is one but it only exists as an excuse. A female angel comes from the future in order to prevent a teenage boy from creating the tecknology that allows women to remain young in their entire lives and turning the male population of the future into loli-perverts. Her plan is to screw his entire life by messing his sexual life, ruinning his credability and by killing him every one hour. Yes, she kills him in groosome ways numerous times and yet she revives him just as easy because she is an angel (duh!). While deep inside, she actually cares about him.The premice of the story is very good. Yet, it leads nowhere, as nothing is developed or resolved in the course of the two seasons. Every episode is just 15 minutes of wacky situations and gratious fan service without an outcome. Do not watch this series if you expect a good or even a reasonable story. It is simply not there. CHARACTER SECTION: 3/10 [I don’t think Nightwish meant something like this when they performed the song “I wish I had an angel”.] They are not original or memorable in any way. Blunt backdrop stories, shallow behaviors and undeveloped personalities is all you get. It is mostly the funny events and not the cast itself you will like. VALUE SECTION: 6/10 [Clubbing angels don’t value life or sanity.] It has nothing to offer in terms of new techniques in animation or storytelling. It has high rewatch value if you like dumb stories and crazy situations. The Excalibolg and the Pipirupi catch phrase were dumb enough to deserve being remembered for a lifetime. ENJOYMENT SECTION: 8/10 [Dokuro-chan, what are you doing? No, put the club down. Put it down I said! No, Dokuro, NOOO! SPLASH!!!] As long as you appreciate storyless fan service and tremendous amounts of comical splatter violence, you will love this title. If not, keep away. It is amongst the most distinctive anime, even if all it has to offer is sexual arousing by means of nude and violence. VERDICT: 5.5 / 10 A nice way to burn some brain cells while laughing... or puking, depending on your tastes. SUGGESTION LIST DNA2 has an almost identical story. It is less interesting and somewhat more serious. Puni Puni Poemi is an equally wacky mini series. Dai Mahou Touge is an equally comically violent mini series. Jungle wa Itsumo Hare nochi Guu is an equally comically series with a light story.

As bad if not worse than the prequel, i'm never touching this again 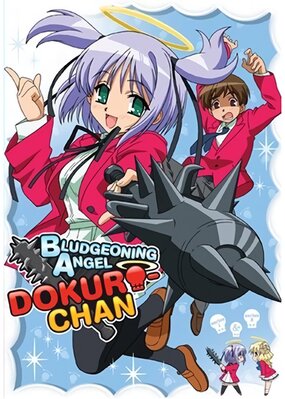 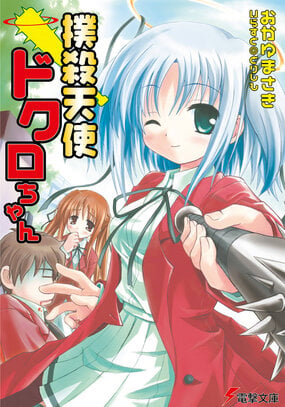 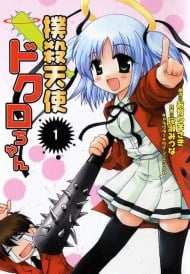 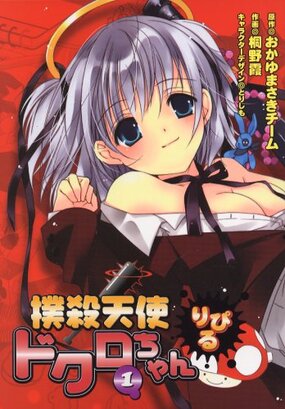